Amnesty calls on Greece to stop treating migrants as 'criminals' 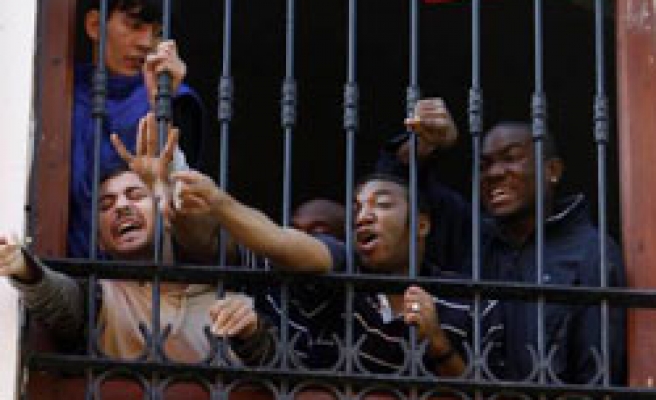 Amnesty International urged Greece on Tuesday to stop treating irregular migrants and asylum-seekers, including many unaccompanied children as criminals.

"Asylum-seekers and irregular migrants are not criminals. Yet, the Greek authorities treat them as such disregarding their rights under international law," said Nicola Duckworth, Europe and Central Asia Programme Director for Amnesty International.

Amnesty International said in a report published on Tuesday that Greece was unjustifiably detaining these people in sub-standard, overcrowded conditions that lacked hygiene and with restricted access to clean water.

It criticised Greece's handling of unaccompanied minors, saying they were sometimes kept locked up for long periods and in poor conditions, together with adults.

"As a result, their circumstances are not assessed correctly and many in need of international protection may be sent back to the places they have fled, while others may be deprived of appropriate care and support," Duckworth said in a statement.