'Inertia and the lack of political will cost lives in the Aegean,' rights watchdog says 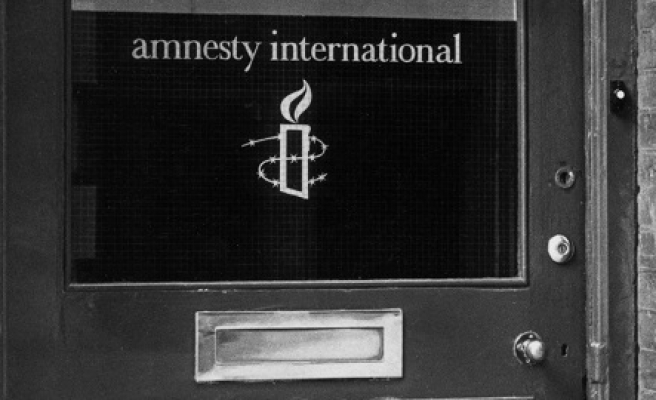 "Inertia and the lack of political will cost lives in the Aegean," the international rights watchdog's Greek branch said in a statement.

"How many drowned refugees and how many dead children are required to activate European 'values'?" asked Amnesty's Greek branch chief Yiorgos Kosmopoulos.

The group said over 450 refugees and refugees had died or gone missing in successive Aegean Sea sinkings in the first 10 months of the year.

This included 86 people including many children who drowned or were missing in seven accidents near the shores of Lesbos, Samos, Kalymnos and Rhodes between October 28 and 30.

The Greek coastguard on Monday said the death toll from the Lesbos accident had risen to 43, including 19 children and a baby.

Amnesty noted that a 12.5-kilometre fence erected on Greece's border with Turkey in 2012 had exacerbated the problem.

"The fence... has forced refugees and refugees to choose the more dangerous sea route from Turkey to Greece," it said.

However, the Greek minister responsible for migration said that although the leftist government was ideologically opposed to the fence, tearing it down was not an option for now.

"At the present time, the conditions to obtain a positive result from tearing down the fence do not exist," Yiannis Mouzalas told Efimerida ton Syntakton daily.

"In contrast, this could exacerbate the problem both for the refugees and for Greece," he said, noting that before the fence was built, many refugees had died attempting to cross the land border with Turkey.

Many of the refugees had in the past fallen victim to sub-zero temperatures or to border landmines.

Greece on Wednesday is to oversee the first refugee relocation to Luxembourg, with around 30 people participating in the voluntary scheme, Mouzalas' office said.

Under the terms of an EU agreement some 160,000 refugees are to be shared out between member states, including 66,000 from Greece.

Over 200,000 refugees arrived in Greece in October alone, according to the UN refugee agency, though many have moved on to other EU states.