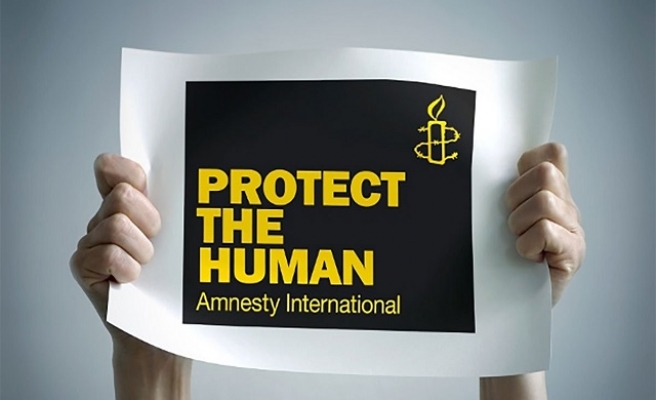 The human rights body said the Egyptian leader had overseen a sweeping crackdown on dissent since the removal of Mohammed Morsi, the country’s first freely elected president, in July 2013.

It called on Britain’s prime minister to use Sisi’s visit, which begins on Wednesday, to show he is “prepared to do more than roll out red carpets for authoritarian leaders”.

“There have been horrifying mass death sentences since President el-Sisi came to power – some after grossly unfair trials – and thousands have been detained in an attempt to quash all opposition.

“Almost no-one’s escaped attention in el-Sisi’s crackdown, with members of the Muslim Brotherhood, peaceful protesters and journalists all now languishing in jail”.

The U.K. government said it needed to work with Egypt to combat terrorism and extremism and described the visit as an “opportunity to hold open and frank dialogue”.

Morsi was deposed by the Egyptian military in 2013 after a year in power, following mass protests against his rule.

Since then, the Egyptian authorities have cracked down on dissent through operations that have mainly targeted the ousted president’s supporters and members of his Muslim Brotherhood group.

Amnesty’s statement said the U.K. should also urge Egypt “to repeal laws introduced in the name of restoring ‘stability and security’, but which in practice have eroded the rule of law in Egypt and facilitated gross human rights violations”.

Sisi will arrive in London on Wednesday following an invitation from Cameron nearly five months ago.

The U.K. government said that "nothing will be off the table" during conversations between the two parties.

However, his visit is expected to be met with protests, beginning with a demonstration organized by Egyptian opposition groups outside the prime minister's London offices on Downing Street, Wednesday evening.