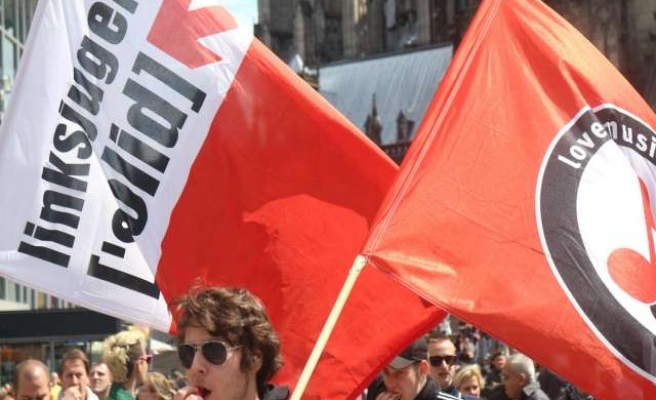 World Bulletin / News Desk
Amnesty International has accused the German authorities of failing to properly investigate a string of racist murders committed by a neo-Nazi terror group in the country.

The National Socialist Underground, or NSU, killed eight Turkish immigrants, a Greek worker and a German policewoman on a deadly seven-year killing spree between 2000 and 2007 -- all apparently without arousing the suspicions of the German police or intelligence services.

Amnesty International used the launch of its latest annual report Tuesday to highlight the notorious case.

"In particular the [German] authorities had failed to co-operate and investigate the racist motive of the murders," Amnesty said in its annual report -- "State of the World’s Human Rights."

Until 2011, Germany’s police and intelligence service excluded any racial motive from the murders and instead treated immigrant families as suspects with connections to mafia groups and drug traffickers.

Selmin Caliskan, secretary general of Amnesty International in Germany, told The Anadolu Agency: "The murders by the NSU have not been adequately investigated. Many questions related to these murders still remain unanswered.

"Why could the police not find the perpetrators for more than 10 years? Why did they not track the suspects? What was the role of intelligence? The parliamentary inquiry during the previous legislation period could not find sufficient answers to these questions."

Caliskan called for a new parliamentary inquiry into the NSU to shed light on the murders.

"Anyone who is invited to the parliamentary committee has to come and respond to questions," Caliskan said.

The German public only learned about the far-right group and its role in the murders in November 2011, when two members of the cell reportedly died in a murder-suicide following an unsuccessful bank robbery.

The third member of the group, Beate Zschaepe, is currently the main suspect under arrest, but refuses to give testimony.

The German federal parliament launched an inquiry into the NSU murders in early 2012 and the committee completed its work in August 2013, before elections in September that year.

It had concluded that, due to insufficient cooperation between federal and state security services and some mistakes by individual officials, the murders could not have been prevented. It called for reforms in the police and intelligence forces and demanded a stronger focus on fighting right-wing extremism.

However, revelations into the NSU group this month exposed shady ties between the far-right perpetrators, informants and spies for domestic intelligence, sparking a public debate on the need for a new inquiry by the federal parliament.

German weekly Welt am Sonntag published Sunday excerpts from wiretapped phone conversations and police investigations into the murder of Turkish immigrant Halit Yozgat in Kassel in 2006, and revealed that the intelligence services might have had information about the NSU before the group killed Yozgat.

Many questions related to the NSU’s murders are yet to be resolved, as dozens of secret files of the domestic intelligence were destroyed in late 2011.