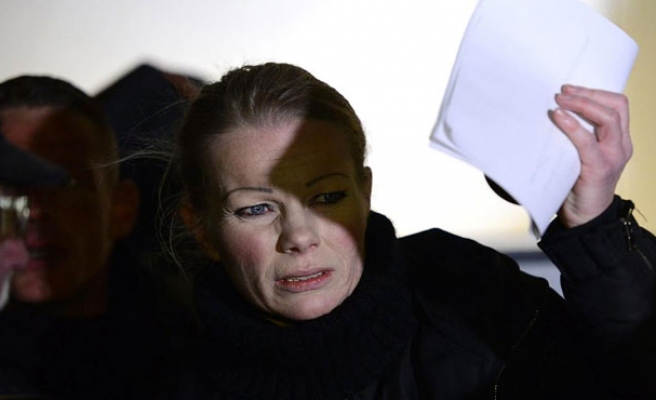 German anti-Islam movement PEGIDA lost its second leader in a week on Wednesday when Kathrin Oertel, who took over after the founder quit for posing as Hitler, also stepped down, citing media pressure.

The Dresden-based group announced on its Facebook page that Oertel and another board member were resigning. The 37-year-old became PEGIDA's national figurehead after founder Lutz Bachmann resigned a week ago after news that he was being investigated.

PEGIDA said Oertel had quit "due to the massive hostility, threats and career disadvantages", adding: "Even the strongest of women has to take time out when at night photographers and other strange figures are sneaking around outside her house."

The group added that its cause remained "good and just".

Bachmann announced his resignation last Wednesday after the top-selling daily Bild carried a front-page photo of him with a Hitler moustache and haircut that he had posted on Facebook.

This, and reports that he had called refugees "scumbags", prompted prosecutors to investigate him for inciting hatred.

The 42-year-old convicted burglar put PEGIDA, which stands for Patriotic Europeans Against the Islamisation of the West, onto the political agenda by leading weekly rallies in the eastern city of Dresden to defend what he calls "German" values.

PEGIDA marches and copycat events in other cities attracted thousands of people, but they were vastly outnumbered by tens of thousands of counter-demonstrators insisting Germany is a multi-cultural country that welcomes immigrants.

Oertel had told Reuters that PEGIDA "will go on" despite the departure of Bachmann, who said the Hitler photo was taken as a joke. In a recent interview with Reuters, he described himself as an "impulsive" person.