British Muslims are suffering 'retaliatory abuse' with a London group saying that there has been an increase in attacks. 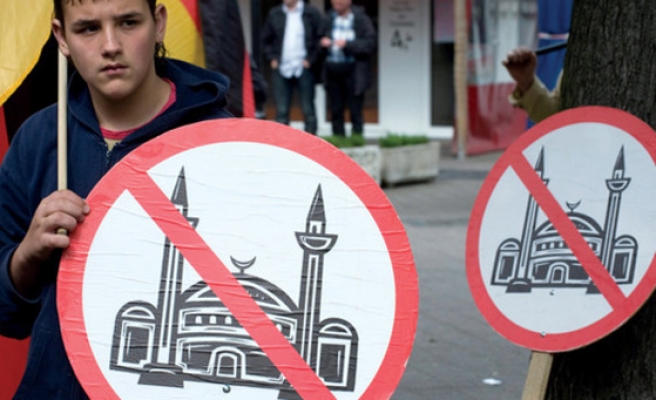 There has been a rise in anti-Muslim attacks in Britain following acts of terrorism around the world, according to a latest report of a London-based monitoring body.

According to a joint report by Tell MAMA and Teesside University issued on Thursday, anti-Muslim incidents reported over the period 2014-15 fell by 186 compared to the previous year. However, hate crimes against Muslims noticeably increased following terrorist attacks in Paris, Sydney, and Copenhagen in the past year, which, the report claimed, provided evidence that extremists in the U.K. were subjecting British Muslims to "retaliatory abuse".

“The over-riding narrative from the report appears to be that parts of the public mistakenly make a link between Muslims and terrorism whether that be at home and abroad," the co-chair of Tell MAMA, former government minister Shahid Malik said.

"Unless we re-double our efforts to improve community cohesion and break this link many innocent Muslims will continue to suffer,” Malik said.

"In addition, by ensuring that we can tackle anti-Muslim hate, we can also reduce the alienation felt by some young Muslims and reduce the chances of them being preyed upon by extremists," he added.

A total of 548 anti-Muslim incidents were reported to Tell MAMA between March 2014 and February 2015, ranging from online abuse and threats, to street-based assaults and extreme violence.

The incidents significantly increased following high-profile terrorist attacks around the world, and in particular in the aftermath of the Charlie Hebdo massacre in Paris, the report noted, adding that such incidents almost quadrupled following the Jan. 7 attack on the French satirical magazine that killed 12 people.

The study's co-author, Professor Matthew Feldman, said that the analysis offered broad support for the theory of cumulative extremism, in which an act of violence triggered a response that sparked further attacks.

Dr. Mark Littler, the other author, added: “The findings also suggest that where the media stress the Muslim background of attacker/s, and devote significant coverage to it, the violent response is likely to be greater than in cases where the motivation of the attacker/s is downplayed or rejected in favor of alternative explanations. The latter appears to be the case with the Sydney perpetrator, who was swiftly and repeatedly identified as mentally ill”.

The latest study also found that children as young as 10 were carrying out hate crime incidents, although the main perpetrators were identified as people with over 40 years of age.

A total of 402 cases were recorded online, with less than half of all recorded incidents getting reported to police.

In the offline incidents, the majority were perpetrated against women and, in a significant number of cases, the victim was wearing religiously distinctive clothing.