Written by government officials, the hypothetical speech was part of a secret exercise designed to prepare Britain for the threat of a possible World War Three, but was never broadcast. 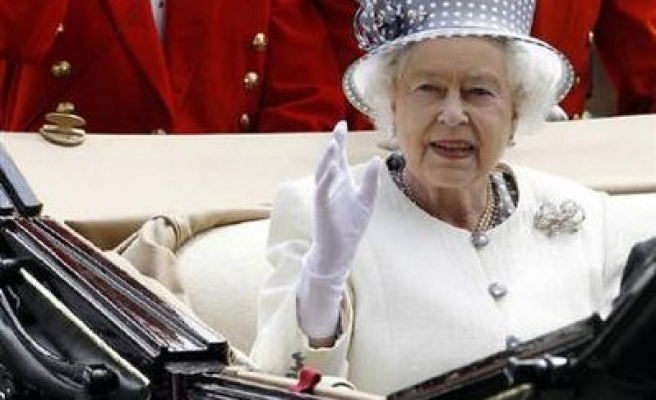 Relations between the Soviet Union and the West had become so tense 30 years ago that British officials drew up a speech for Queen Elizabeth to deliver to the nation in the event of a nuclear war, newly released archives showed on Thursday.

In the speech, the monarch was to urge Britons to remain united and resolute in the face of the "madness of war."

Written by government officials, the hypothetical speech was part of a secret exercise designed to prepare Britain for the threat of a possible World War Three, but was never broadcast.

It starts by referring to the queen's traditional Christmas address to the nation.

"The horrors of war could not have seemed more remote as my family and I shared our Christmas joy with the growing family of the Commonwealth," she was to have said.

"Now, this madness of war is once more spreading through the world and our brave country must again prepare itself to survive against great odds."

The queen's speech was imagined to be broadcast in the spring of 1983 against the backdrop of worsening U.S.-Soviet relations, during a year in which then U.S. President Ronald Reagan described the Soviet Union as an "evil empire".

The queen was to have continued: "I have never forgotten the sorrow and the pride I felt as my sister and I huddled around the nursery wireless set listening to my father's (King George VI's) inspiring words on that fateful day in 1939 (at the start of the World War Two).

"Not for a single moment did I imagine that this solemn and awful duty would one day fall to me."

Citing the close bond of family life as the greatest defence against the unknown, the speech also mentioned the queen's second son Prince Andrew, who was serving in the Royal Navy at the time.

"If families remain united and resolute, giving shelter to those living alone and unprotected, our country's will to survive cannot be broken," she was to have said.

The papers were released by the National Archives as part of a 30-year rule that sees official records from the Prime Minister's office and Cabinet Office released to the public.

They also revealed how Margaret Thatcher, who was Britain's prime minister at the time, dismissed the idea of hiring the then 21-year old William Hague - now Foreign Secretary - as an advisor to the Treasury.

"No," she wrote, underlining the word three times before adding "This is a gimmick and would be deeply resented by many who have financial economic experience."