The Arctic, known to be a stable, and peaceful is now holding the attention of the US and Russia 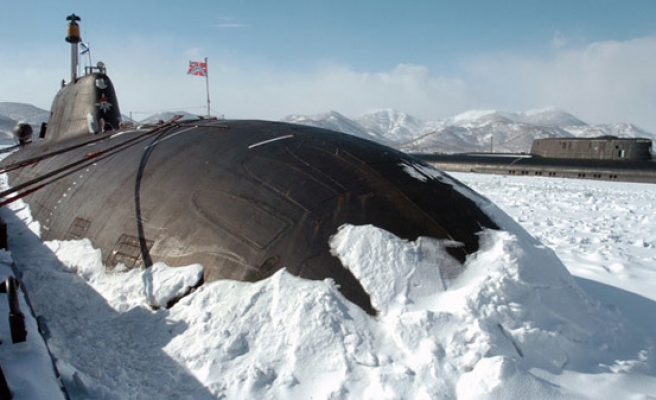 In 2013, US President Barack Obama said the Arctic was "peaceful, stable, and free of conflict" as he laid out a national strategy for the region.

But just two years later, the rapid retreat of ocean ice cover, a newly emboldened Russia and the covetous gaze of nations keen to exploit new shipping lanes and vast mineral wealth are putting the Arctic's longstanding stability under pressure.

"The Arctic is a region that is getting more and more important," US Defense Secretary Ashton Carter said Friday as he visited troops at Fort Wainwright in the Alaskan city of Fairbanks, about 200 miles (320 kilometers) south of the Arctic Circle.

Alaska and the Arctic are of key strategic importance for the United States.

Missile defense systems are here and planes can overfly the North Pole to quickly reach destinations across the Northern Hemisphere.

But budget constraints mean the Pentagon is weighing plans to slash the presence of some 2,600 specialized cold-weather troops at a base in Anchorage.

And when Obama visited Alaska the following month, five Chinese naval vessels were spotted in the Bering Sea between Russia and Alaska. It was believed to be the first time Chinese military ships were seen in the area.

Critics of the Obama administration say the United States is failing to grasp an urgent need to boost US military might in the Arctic region.

"Am I predicting a Russian invasion of Alaska next week? No. But does it make sense to be withdrawing our well-trained Arctic warriors in the face of this? Strategically it doesn't make any sense," Republican Senator Dan Sullivan of Alaska told AFP.

A 2013 Pentagon strategy document for the Arctic warned against promoting a high profile for the US military in the region, saying it could trigger escalating rivalries with other armies.

"There is some risk that the percepton that the Arctic is being militarized may lead to an 'arms race' mentality," it said.

After Vladimir Putin began his third term as Russian president in 2012, he started trying to boost his country's dominance in its Arctic region.

Sullivan this week read out a list of alarming statistics to the Senate Armed Services Committee about Russia's military commitment.

He said a new Russian Arctic command will include four new Arctic brigades, 50 airfields by 2020, increased long-range air patrols by Russian bombers and a total of 40 conventional and nuclear icebreakers, with 11 more planned.

Many of the bases will be refurbished Cold War facilities that had fallen into disrepair after the collapse of the Soviet Union.

By contrast, the United States only has two icebreakers and one of them is broken, Sullivan said. He suggested America needs at least four more.

"It's a joke," he said of the Pentagon's current Arctic plans. "It's not a serious military strategy document."

More than 20 percent of the world's hydrocarbon reserves yet to be discovered are situated in the Arctic, the US Geological Survey (USGS) has said.

US emphasis on Asia-Pacific

Carter's visit to Alaska is his first stop on an eight-day trip primarily focused on the Asia-Pacific region.

He will meet with leaders from more than a dozen nations across East and South Asia. Officially, his mission is to help push the next phase of America's "rebalance" to the vitally important region.

But a central theme of the trip is likely to be China's continued construction of artificial islands in the South China Sea and claims of sovereignty.

Last week, the US military sent a destroyer within a 12-mile zone of one group of islets claimed by China, in a move that infuriated Beijing.