Federica Mogherini, who took over from Ashton as EU foreign policy chief on Nov. 1, has appointed Ashton as her special adviser for facilitating the nuclear talks with Iran 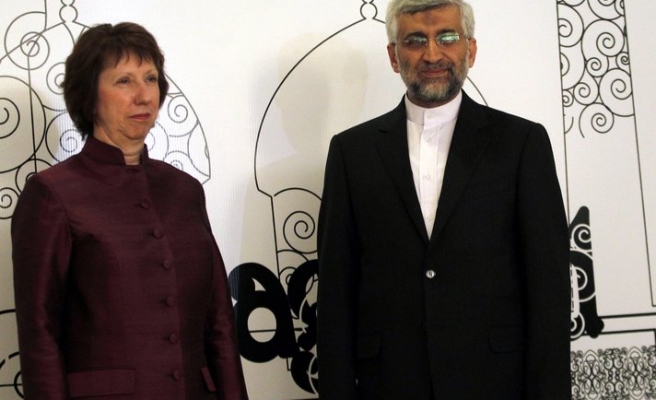 Britain's Catherine Ashton will continue to play a key coordinating role in negotiations over Iran's disputed nuclear programme despite stepping down as the European Union's foreign policy chief.

Federica Mogherini, who took over from Ashton as EU foreign policy chief on Nov. 1, has appointed Ashton as her special adviser for facilitating the nuclear talks with Iran, the EU said on Friday.

That created a dilemma for the 28-nation EU because Ashton, who was deeply involved in the negotiations with Iran during her time as EU foreign policy chief, no longer held the job.

It left Mogherini with the choice of either taking on the role herself, at a time when she is busy dealing with the Ukraine crisis and seeking ways to get the Middle East peace process back on track, or leaving Ashton to focus on Iran.

She opted for a compromise, with Ashton facilitating contacts while Mogherini herself will attend meetings when ministers from the six powers come together to negotiate with Iranian Foreign Minister Mohammad Javad Zarif.

"To ensure the continuity of negotiations, which require full-time dedication, Catherine Ashton will facilitate the talks, and report regularly to (Mogherini)," an EU statement said.

Tehran dismisses Western fears that its nuclear programme might have military aims, saying it is for peaceful energy only. However, the six powers want to curb its uranium enrichment further to lengthen the time Iran would need to build a bomb.

Although she faced criticism early in her tenure as EU foreign policy chief, Ashton won praise for the way she shepherded the Iranian nuclear negotiations and is said to have forged a close personal relationship with Zarif.

Some experts feared her departure could complicate nuclear diplomacy as her successor took time to learn the intricacies of the complex nuclear file.