Athenians in shock after deadly flooding 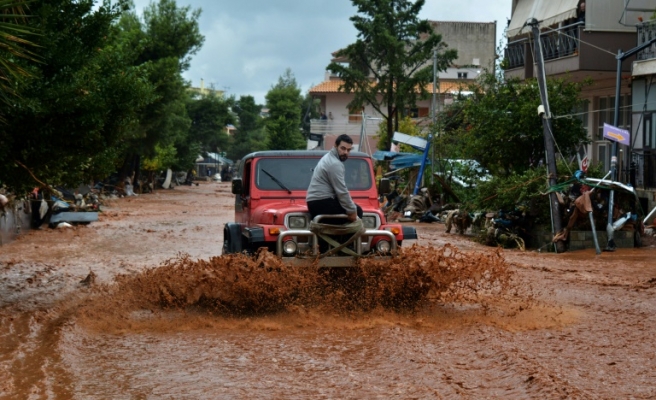 Evgenia Tolia, 61, sits outside her destroyed shop in Mandra, Athens with her trousers pulled up and her muddied boots stepping on the debris of what was once her mini market.

You can see several small items floating in the water, while a refrigerator full of dairy products is thrown against the wall which separated her shop from her neighbor’s house.

That too is ruined. No fence, no walls, only pieces of wood, metal and concrete scattered around.

Tolia could not hold back her tears, she just whispered that she has nothing left: “What am I going to do now, my child? I don’t have any other income.”

The scene resembles a battlefield. Almost nothing is standing. Even stray animals that managed to survive the raging waters are scrambling though the debris to find food.

She is just one of hundreds of people affected by this week’s deadly flooding to have hit the Greek capital.

Greek authorities on Thursday confirmed the death toll had risen to 16.

Six people are still reported missing according to the fire service.

Of the 16 dead, 10 are men and five women. There is no confirmation on the identity of a sixteenth person found early on Thursday.