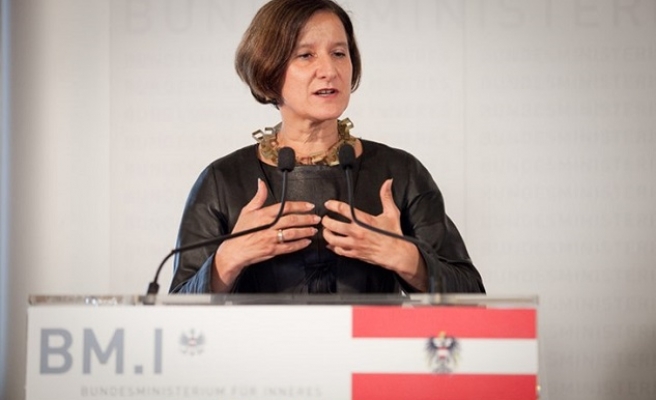 Austria's interior minister hit out Thursday about a proposed refugees deal between the European Union and Turkey, saying Europe was in danger of "throwing its values overboard".

"I am extremely critical," Johanna Mikl-Leitner told ORF public radio from Brussels ahead of a two-day meeting of EU interior ministers that will chew over the proposed agreement.

"I am seriously wondering whether we are taking ourselves and our values seriously or if we are throwing them overboard," she said.

The mooted deal between Ankara and Brussels, discussed at an EU summit on Monday and due to be finalised on March 17-18, would see Turkey take back all illegal refugees landing in Greece.

In return though, Turkey wants billions of euros (dollars) in aid, visa-free access to Europe's passport-free Schengen zone and a speeding up of Ankara's efforts to join the EU -- demands that go too far for some.

In addition, questions have been raised over the legality of the plans as well as the desirability of doing a deal with a country that critics say has had a shaky human rights record, not least regarding the media and its Kurdish minority.

Mikl-Leitner noted that only a few days before Monday's summit, Turkish police raided the offices of daily newspaper Zaman to impose a court order placing it under administration, dispersing protestors with tear gas and water cannon.

"I think it's questionable if Turkey takes control of a newspaper critical of the government and then turns up here (in Brussels) three days later and puts a wish list on the table," she said.

"And then Turkey is rewarded with discussions about bringing forward visa liberalisation," she said, suggesting that any deal with Ankara should include a "termination clause".