Unlike Switzerland, Austria did not include Ukrainian businessman and member of parliament Serhiy Klyuev, Andriy's brother and business partner, on its list. 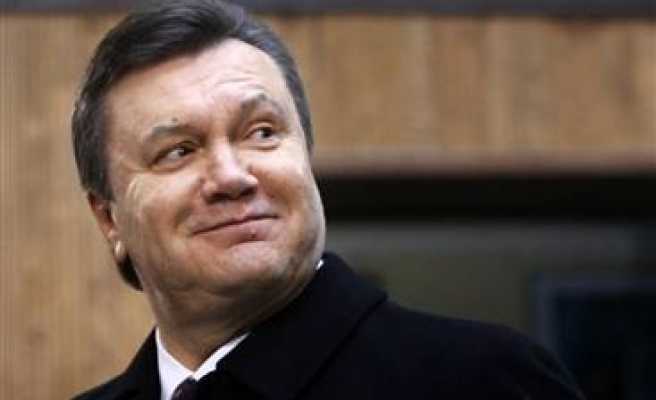 Austria published the names of 18 Ukrainians subject to an asset freeze requested by Ukraine's new government, including toppled president Viktor Yanukovich and former chief of staff Andriy Klyuev on the list, but not his brother Serhiy.

The neutral Alpine republic announced on Friday it would block any bank accounts it found of people on the list, which also includes Yanukovich's eldest son Oleksander, as a precautionary step until similar European Union measures agreed in principle could take effect.

Unlike Switzerland, Austria did not include Ukrainian businessman and member of parliament Serhiy Klyuev, Andriy's brother and business partner, on its list.

In an interview with Reuters on Thursday, Serhiy Klyuev denied wrongdoing and denounced "dirty propaganda" against him and his brother. He said he was willing to cooperate fully with authorities.

A further statement to Reuters on Friday in response to the asset freezes rejected accusations that Serhiy was part of the so-called "Family" - a term used by Yanukovich's opponents for his inner circle.

"The Klyuevs are not a part and never have been" part of them, the statement said, and added: "His brother (Andriy) always stated that he has no property or bank accounts in Austria, which can be proven."

In an interview with the newspaper Wirtschaftsblatt, veteran Austrian banker Herbert Stepic said he thought the asset dragnet could sweep up some wealth but that Austria was not the prime place for Ukrainians to put their money.

Ukrainians like Austria's quality of life "but they have invested more wealth in Switzerland and London than in Vienna", the former Raiffeisen Bank International chief executive and eastern Europe expert said.