'Greece has to reinforce its resources and accept help,' Austrian interior minister says 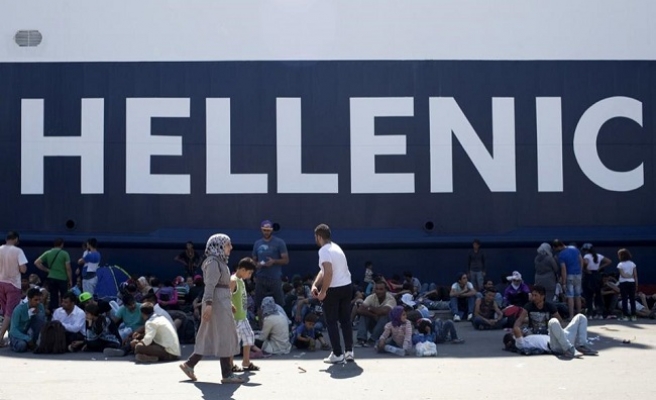 Austria on Monday stepped up pressure on frontline Greece to bolster the European Union's main external border against the flood of asylum seekers as EU ministers met anew to tackle the crisis.

An overwhelmed Austria has for days called on Greece to do more to reinforce its sea border with Turkey, the main gateway for the more than one million Syrian and other asylum seekers who entered the 28-nation bloc last year.

"Greece has to reinforce its resources and accept help," Austrian Interior Minister Johanna Mikl-Leitner told reporters as she arrived for talks with her EU counterparts in Amsterdam.

"It is a myth that the Greek-Turkish border cannot be protected. The Greek navy has enough capacities to secure this border -- It is one of the biggest navies in Europe," she added.

Mikl-Leitner has previously warned that Athens could face "temporary exclusion" from the passport-free Schengen zone of 26 countries, in order to pressure Greece to reinforce its external borders.

Austria -- one of the main transit countries for refugees trying to reach Germany -- and other Schengen members have reintroduced temporary internal border controls to cope with the refugee flows, raising fears the zone could collapse.

EU Migration Commissioner Dimitris Avramopoulos,a former Greek foreign minister, told reporters as he arrived for the Amsterdam talks that a plan to suspend Greece from Schengen has not been proposed.

But he added: "It is obvious that frontline member states must work more and here we are to support them to better do their job."

She had said Sunday that the new cap could be reached by the summer.

As EU ministers arrived by boat via a canal to the conference centre, Amnesty International sent a boat filled with mannequins representing refugees who had sailed on the vessel from Egypt to Italy last year.

"Leaders of Europe it is not the polls you should worry about, it is the history books," read a message on a dinghy accompanying the boat.