'We should end Greece's policy which consists of allowing (them) to head north,' Austrian FM says 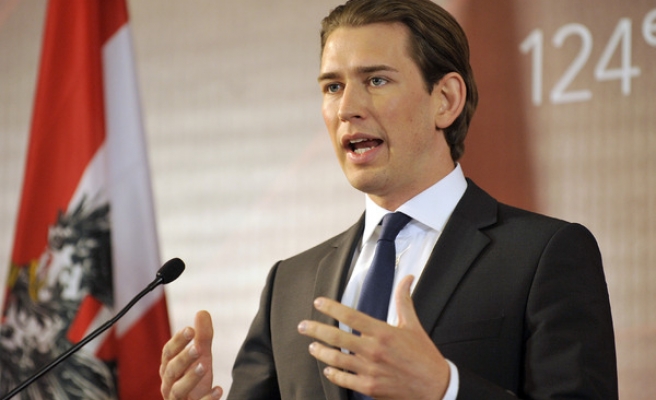 "We should end Greece's policy which consists of allowing (them) to head north," said Sebastian Kurz in an interview with the Sueddeutsche Zeitung.

"Those who manage to arrive in Greece should not be allowed to continue on their journey," he said.

"We are working towards getting Greece to set up 'hotspots' with the help of the EU, in order to take charge of these people and we are putting pressure because nothing is happening," added Kurz, whose country has sharply toughened its stance on refugees in recent weeks.

"Hotspots" are centres where refugees are registered and screened for those eligible for asylum in the European Union and those who will face eventual deportation.

The facilities are currently being installed in Greece and Italy -- the two main arrival points in the EU for hundreds of thousands of refugees.

After several months of delays, Greece opened four out of five hotspots on its islands in mid-February.

With these hotspots, "we are offering aid to those who need protection, but we cannot allow them to continue on their journey," Kurz said.

For him, September's decision by Austria and Germany to open Europe's borders to refugees was a "serious mistake" that has to be fixed urgently.

While Vienna has since said it would take in only 37,500 asylum seekers this year, German Chancellor Angela Merkel has resolutely refused to impose a quota.

She has also said that Greece must not be left alone to shoulder the refugee burden, although this week she said newcomers did not "have the right to determine in which country they wish to seek asylum."