Austria seeks to send refugees back to Turkey 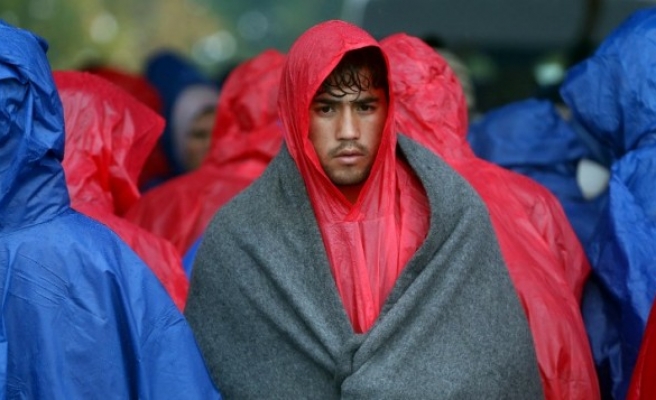 Austria wants the EU's border agency Frontex to send directly back to Turkey the migrants it picks trying to reach Greece, media on Saturday quoted Chancellor Werner Faymann as saying.

"Frontex must pick up the people fleeing to Greece. We have to save all of them, but then these people should be sent directly to Turkey," Social Democrat Faymann said on Austrian tabloid Oesterreich's website.

He said he had proposed this as an "optimum solution" to Turkish Prime Minister Ahmet Davutoglu at Thursday's Syrian donor conference in London.

Faymann said this approach was "the only totally effective measure to break the human trafficking" of migrants, Austrian daily Kronen Zeitung reported.

Austria's APA news agency quoted chancellery sources as saying that in return Turkey would receive swifter payment of three billion euros ($3.3 billion) of EU aid to enable it to cope with the ongoing migrant influx.

Relative to its population size of 8.7 million, Austria was one of the countries taking in the most migrants last year amid the worst refugee crisis that Europe has known since World War II.

The Austrian proposal comes on the back of a similar plan floated by the Netherlands last month to return migrants to Turkey in exchange for giving asylum to up to 250,000 others already hosted by Turkey.

Under the plan, all migrants arriving through the Greek islands would be returned to Turkey, Diederik Samsom, parliamentary leader of the coalition Labour Party (PvdA), told a Dutch newspaper.

In exchange EU nations would take in up to 250,000 people already in Turkey, he said, adding Turkey would be labelled "a safe third country."

The plan attracted criticism from rights groups while a spokesman for the European Commission told AFP it could run counter to the Geneva Convention and EU policy.

German Chancellor Angela Merkel is due in Turkey on Thursday to discuss migration with Davutoglu, who will Wednesday be in the Netherlands, which currently holds the EU's rotating presidency.

Vienna says it wants to limit new asylum applications this year to 37,500, though that figure might be reached by the summer.

Austria has been firming up border controls and intends to construct a fence at the main border crossing used by migrants coming in from neighbouring Slovenia.