Kosovo is seeing a dramatic rise in the number of its citizens smuggling themselves into European Union territory through Serbia. 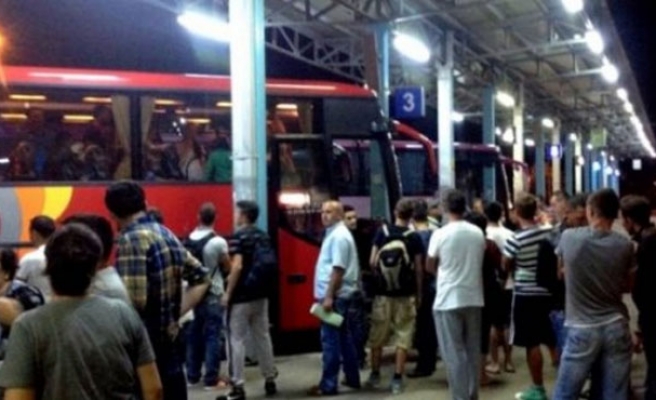 Austria published a full-page appeal in Kosovo's biggest daily newspaper on Friday telling Kosovars they were wasting their time and money trying to win asylum in the EU, responding to a sudden surge in migration from the impoverished Balkan state.

Seven years since declaring independence from Serbia, Kosovo is seeing a dramatic rise in the number of its citizens smuggling themselves into European Union territory through Serbia, leaving behind chronic poverty, unemployment and political corruption for more affluent Western Europe.

Austrian Interior Minister Johanna Mikl-Leitner raised the issue during a visit to the Kosovo capital Pristina on Friday, telling a news conference that Austria would vigorously return Kosovar asylum seekers.

"We will have a charter plane every two weeks and if there is a need we will engage more planes," Mikl-Leitner said through a translator. "We are discussing turning these people back also via land routes but we have to talk to Serbia about this."

The Austrian government published an appeal on the third page of Kosovo daily Koha Ditore saying: "Smugglers are lying. There will be no asylum for economic reasons in Austria. For staying illegally in Austria, you may be punished by up to 7,500 euros ($8,481)."

Germany, too, has taken action, sending border officers to the frontier between Serbia and Hungary, where for months Kosovars have been walking across the water-filled ditch and through the forests that mark the EU's eastern border.

Since 2012, Kosovars are able to travel more easily through Serbia on Kosovo-issued documents previously rejected by Belgrade given its opposition to the 2008 secession of the majority ethnic Albanian state.

The EU's border cooperation agency, Frontex, told Reuters this week that an October 2014 court decision in France to remove Kosovo from a list of so-called "safe countries" had also contributed to the surge in migration, because the ruling means asylum applications cannot be expedited.

"That means the procedure will be longer maybe up to one year or longer and then this gives the opportunity to stay there to settle and they hope to get a right to stay there," Frontex executive director Fabrice Leggeri said.