Austria to accept only 80 asylum claims per day 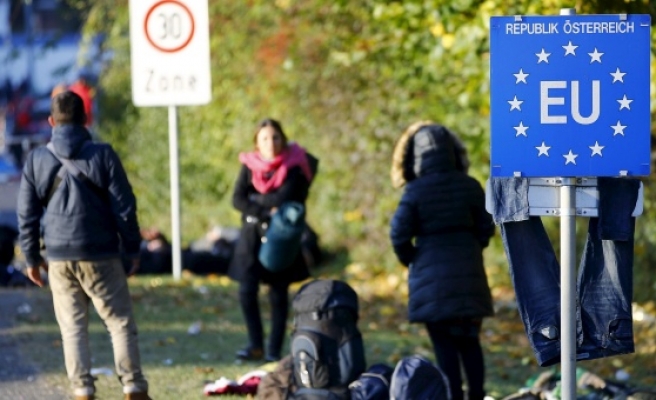 Austria's interior minister said Wednesday the country would cap the daily number of asylum claims at 80 to slow down the migrant flow at its southern borders.

In addition, the government will grant entry to a total of 3,200 migrants per day "who want to seek asylum in a neighbouring state", Johanna Mikl-Leitner told the APA news agency.

"Austria is among the EU countries most under strain and is reaching breaking point. It stands to reason to want to secure your own borders when there is no European solution," she said.

The measure will come into effect on Friday, the minister added.

The move comes a day after Vienna said it would step up controls at existing checkpoints along its southern borders with Italy, Slovenia and Hungary to slow down the influx of migrants and refugees trekking up along the Balkans.

The daily limit on asylum claims is in line with Austria's announcement last month that it would only take in 37,500 asylum seekers this year -- sharply down from the 90,000 it accepted in 2015.

Since January, the country of nearly nine million has already received 11,000 asylum claims, or around 250 a day.

The government has not yet specified what it plans to do once the cap is reached.

Earlier Wednesday, Austrian Chancellor Werner Faymann was quoted as saying he expected Germany to follow his tougher migrant stance and clamp down on the number of asylum seekers allowed into the country.

In 2015, over one million people reached Europe's shores -- nearly half of them Syrians fleeing a civil war that has claimed more than 260,000 lives.

The vast majority enter the EU through Italy and Greece, where they should register, but poor controls mean most are able to continue their journeys to northern Europe.

Faymann said Austria still supported a deal proposed by Germany, under which Turkey would seal its borders and then fly refugees to Europe where they would be settled under an EU quota system.

But in the face of the plan's sluggish implementation, Vienna has also joined the so-called "Visegrad Four" -- Hungary, Poland, Slovakia and the Czech Republic -- in wanting tighter border controls inside the EU's passport-free Schengen zone.

On Thursday, Faymann and his German counterpart Angela Merkel will host talks with nine EU countries and Turkey in Brussels, before a summit the same day involving all 28 bloc leaders.