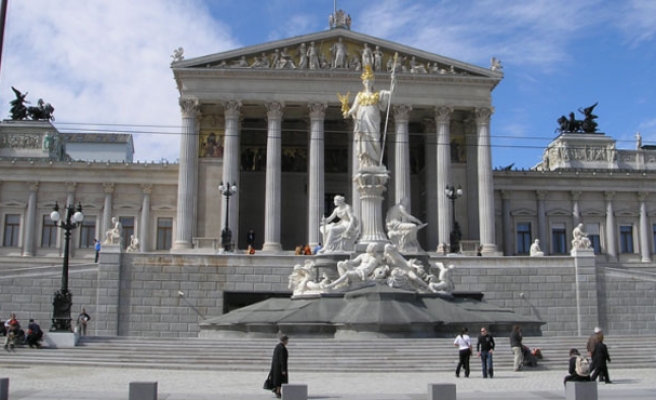 Austria will hold parliamentary elections on Sunday, which are expected to bring to power far-right Freedom Party (FPO) as a partner in a new coalition government.

A recent poll released on Monday showed the anti-immigrant Freedom Party was likely to come second with 27 percent votes, with the center-right Austrian People's Party (OVP) leading the race with 33 percent votes.

Sebastian Kurz, leader of the Austrian People’s Party and foreign minister, has not ruled out a coalition government with the Freedom Party, even though the party adopted an anti-immigrant and especially anti-Muslim rhetoric during the election campaign.

Heinz-Christian Strache, leader of the far-right party, has denied that he joined a neo-Nazi group when he was young, but recent media reports this week showed that he was an active member of an extremist neo-Nazi organisation in the late 1980s.

The growing support for the far-right party has led to worries among Austria’s Muslim migrants and the Turkish community.

Adnan Dincer, president of the New Movement for the Future (NBZ) party, which was recently formed by migrants, criticized Kurz for drifting into populism, in the hope of attracting far-right voters.

“It seems that the OVP has copied the party program of the far-right FPO, and added even harsher measures,” he told Anadolu Agency.

Austria is home to around 700,000 Muslims, including 300,000 of Turkish origin. Many of them are second or third-generation Austrian citizens from Turkish families who migrated to the country in the 1960s.

Amid widespread fears from refugee crisis and international terrorism, Austria’s right-wing parties proposed several controversial measures, including strict controls on mosques and Muslim associations, and immediately closing them in the case of a suspicious activity.

This month, Austria applied a face-covering ban, which prevents people from concealing their face in all public places, including transport facilities.

Lawmakers passed the ban in May, despite the tiny number of Muslim women in the country who sport the veil which covers their face.

Major parties in the parliament agreed in May to hold a snap election on October 15.

In Monday’s poll, the ruling party came in third at 23 percent.

The liberal and pro-European New Austria party is set to get 6 percent votes, while the Greens party and Liste Pilz, which was led by a former Green politician, may get 5 percent votes, the poll results showed.