The scene shows five men in traditional dress singing a drinking song in a room featuring a portrait of Hitler, a swastika flag and mannequins wearing Nazi uniforms and helmets. 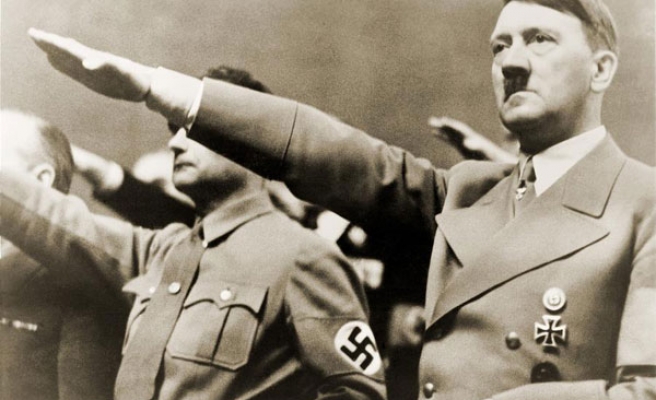 Two conservative town council members in eastern Austria have resigned from their posts and left the People's Party after a documentary film showed them singing and toasting one another in a basement room filled with Nazi memorabilia.

The case has prompted extensive media coverage in Austria, which is still coming to terms with its past as part of Nazi Germany after Adolf Hitler, who was born in Austria, annexed the country in 1938.

The scene from cult filmmaker Ulrich Seidl's "Im Keller" (In the Basement) shows five men in traditional dress singing a drinking song in a room featuring a portrait of Hitler, a swastika flag and mannequins wearing Nazi uniforms and helmets.

Two of the men from the People's Party - elected to the town council in Marz in the province of Burgenland after the film was made in 2009 - have now resigned from their posts.

"We distance ourselves with deepest conviction from any Nazi ideology and atrocities. To prevent further damage to the community and the party, we decided voluntarily, with immediate effect, to withdraw from our council mandate," the two said in a statement on Friday.

"It was a mistake to take part in the filming."

Austria's far-right Freedom Party this week expelled the 78-year-old mayor of Gurk in Carinthia province for expressing sympathy for Nazism. "Re-engagement with National Socialism" has been a crime in Austria since 1947.

"I distance myself only from what they did, not from Nazism," Siegfried Kampl had been quoted as saying in a newspaper interview.

Austria has for decades maintained that it was Hitler's first victim and glossed over the enthusiastic welcome he got from many Austrians.