Austria’s new Law on Islam will prohibit Muslim organisations receiving funding from abroad. This will also affect imams who work in Austria but are financially supported by Turkey. 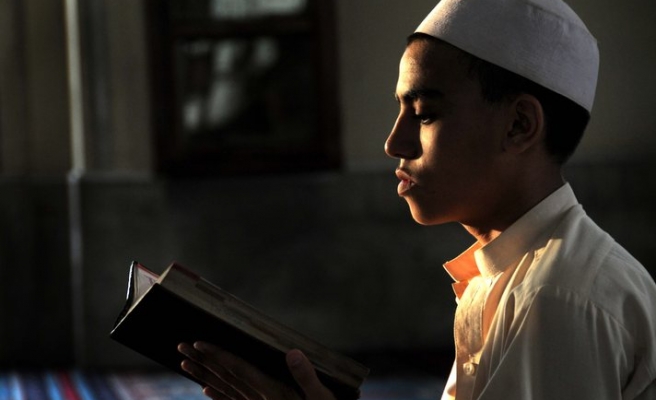 Austria called on Thursday for standardised German-language translations of the Koran and moved to prohibit foreign funding of Muslim organisations on its soil in a draft law aimed in part at tackling  extremism.

The bill will overhaul a 1912 law governing the status of Austrian Muslims, prompting concern from a major local Islamic body, which saw it mirroring widespread mistrust of Muslims.

The initiative comes at a time of robust support for the far-right in Austria and also alarm over reports of Muslims from the small, neutral country joining rebel forces fighting in the Middle East.

"The clear message should be that there is no contradiction between being a faithful Muslim and a proud Austrian," said Foreign Affairs and Integration Minister Sebastian Kurz, a member of the conservative People's Party.

"If you don't have orderly legal regulation ... this can always bring dangers. In this sense, if you like this is maybe a part of prevention," he told reporters.

He added that Sharia, or Islamic law, had "no place here".

Roughly half a million Muslims live in Austria, representing about 6 percent of the total population, which is overwhelmingly Roman Catholic.

The Christian and Muslim communities have co-existed for years and relations have been relatively unproblematic by comparison with friction seen in other European nations.

For example, unlike France, Austria has not moved to ban Muslim women from wearing full-face veils in public.

However, tensions have grown with the rise of the anti-immigration and anti-Islam Freedom Party, which is backed by roughly a quarter of Austrians according to opinion polls.

Under the terms of the draft bill, state-recognised religious organisations will have to offer a unified German-language version of their doctrine and sources of faith, including for the Muslim holy book, the Koran.

At present, there are only two officially recognised Islamic organisations in Austria.

The legislation would also forbid Islamic teachers employed by any foreign states from working in Austria and stop outside funding for any Islamic organisations.

All “living subsidies” will be covered by the rule, including the money given to imams. Currently there are around 300 imams in Austria, and 65 of them are employed by Turkey. The new law would mean they could no longer work in Austria.

"Among the Muslim base, the law is not seen as a gift for the Eid holiday," said Carla Amina Baghajati, spokeswoman of the Islamic Community of Faith in Austria (IGGIO), referring to Eid-al-Adha which Muslims will celebrate in the coming days.

"(The bill) mirrors in its overtone the spirit of the times we currently perceive, which is marked by blanket suspicion and mistrust against Muslims," she said, adding that she was optimistic the legislation might still be amended.

Specifically, the IGGIO was worried about the law appearing to bundle together various Sunni, Shi'ite and Alawite sects and also about the ramifications of trying to agree on a unified German-language version of the Koran.

The Arabic version of the Koran is generally thought of as the word of Allah in Islam, with any translation including an element of interpretation.

"If a version of the Koran (in German) comes along as the codified, ultimate (version), then this would contradict the self-conception of Islam," Baghajati said.

Foreign minister Kurz told Austrian radio last month that numerous translations of the Koran had generated countless interpretations and said it was in the interests of local Muslims to eliminate possible misunderstandings.

Last month, Austria said it would ban militant groups' symbols and strip citizenship from people who travel abroad to fight with rebels.

On Thursday Kurz dismissed suggestions that a unified translation would pose a problem.

"Am I sceptical when I hear this is difficult or not easily done? Fundamentally no," said Kurz, adding that it had previously been possible to create unified teaching material for Islamic religious studies at schools across Austria.