If Ukraine scrapped its non-alliance status after the Oct. 26 vote, NATO would discuss with Kiev "how to move forward", Rasmussen said 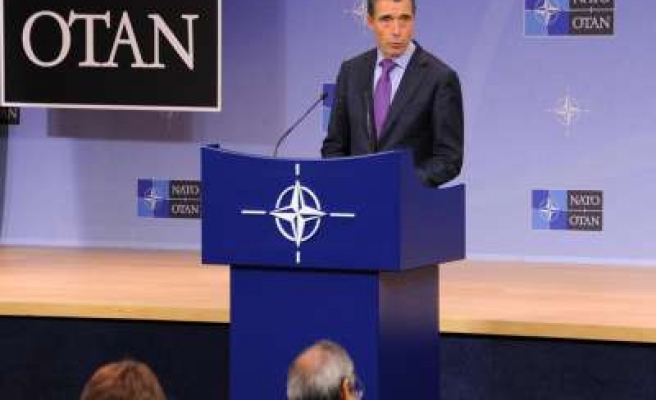 NATO Secretary-General Anders Fogh Rasmussen said on Monday that Ukraine's political leaders expect a new parliament to abandon the country's non-aligned status after an election next month in a possible prelude to an application to join NATO.

Ukraine said on Friday it would seek the protection of NATO membership after what Kiev and its Western allies say is the open participation of the Russian military in the war in Ukraine's eastern provinces.

Ukraine's pro-Russian president Viktor Yanukovich, who was toppled in a revolution this year, had pursued non-aligned status since he took power 2010 - a route taken by many developing countries not wishing to be linked with NATO or any major power bloc.

If Ukraine scrapped its non-alliance status after the Oct. 26 vote, NATO would discuss with Kiev "how to move forward", Rasmussen said, but he said it was too early to say how long it might take for Ukraine to join the U.S.-led alliance.

Formal Ukrainian membership in the Western military alliance would come with the full protection of a mutual defence pact with the U.S. superpower, but negotiations to join the alliance can take years as potential members have to meet a series of political and military criteria.

"I understand that the current political leadership in Kiev envisages that the new parliament after the parliamentary election in Ukraine will change the legislation on non-alliance status," Rasmussen told a news conference in Brussels.

If Ukraine's parliament passed legislation removing Ukraine's non-aligned status, Rasmussen said he said he would then expect Ukraine to raise the issue with NATO.

"Based on that, Ukraine and NATO would then work out a plan for further development of the NATO-Ukraine partnership but ... time lines here can be very difficult to predict," he said.

"Very much (it) will depend on Ukraine herself and Ukraine's ability to actually carry through the necessary reforms, adapt to NATO standards and eventually fulfil the necessary criteria so it is very, very difficult at this early stage of such a process to say anything about time lines," he said.

NATO denied Ukraine a fast track towards membership in 2008 when a previous pro-European government in Kiev tried to pursue closer ties with the alliance.

Until this government's apparent switch last week, President Petro Poroshenko, who was elected to succeed Yanokovich in June, had also said he did not back joining NATO because there was no popular support for it.

Poroshenko hopes the election will clear out many of the "old guard" who supported Yanukovich and produce a coalition able to push through vital economic and political reform after years of corrupt misrule and malpractice.

Rasmussen said NATO had made a clear statement at its 2008 Bucharest summit that Ukraine would become a member of NATO, provided it wished to join and met the necessary criteria.