Belfast parade ends without clashes for first time in years 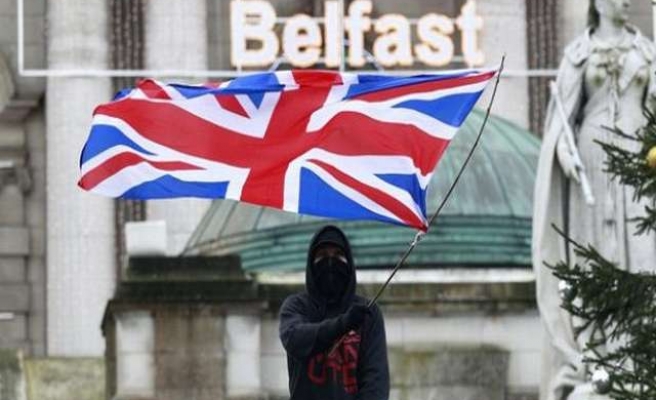 A flashpoint Protestant parade in Northern Ireland's capital Belfast ended without violence for the first time in decades on Saturday when marchers agreed to turn around before passing a Catholic area.

Pro-British Protestants hold marches every July 12 in the British-ruled province to mark the 1690 victory by King William of Orange that sealed Protestant domination, a tradition seen as provocative by Catholic Irish nationalists.

Marchers from the Protestant Orange Order passed the mainly Catholic Ardoyne estate in North Belfast every year from a 1998 peace deal until 2012, prompting annual rioting by nationalist residents.

This year the commission again ruled the parade should stop short of the estate, but marchers agreed to stop at a line of Orange Order marshals just short of a police barricade.

After a brief speech and three traditional songs, the parade turned around.

Pro-British member of parliament Nigel Dodds told journalists the decision to disperse was a "watershed" in attempts by the Protestant community to secure their rights without resorting to violence.

Sinn Fein, the largest Irish nationalist party, also welcomed the peaceful dispersal of the parade and called for talks about a long-term resolution to violence in the area.

A 1998 peace deal, which established a power-sharing government largely, ended three decades of violence between the province's Catholics and Protestants - which killed over 3,000 people.

But some of the worst rioting in years was sparked 18 months ago by a decision to limit the number of days the British flag flies in Belfast.

The brief arrest of nationalist leader Gerry Adams in May for questioning over a 1972 murder also fuelled fears of a worsening of cross-community relations.