The Belgian tapes stand out as a rare verbatim record of how a leading Catholic prelate tried to persuade the victim, a 42-year-old nephew of Vangheluwe, to keep the case quiet. 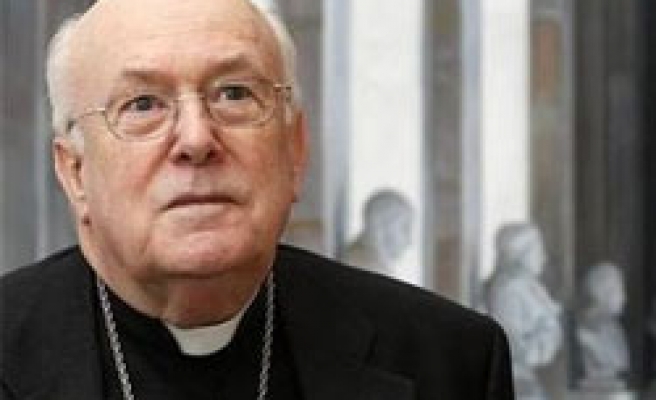 Leaked tapes of Belgium's Cardinal Godfried Danneels urging a victim not to reveal he was sexually abused by a bishop are some of the most damaging documents to emerge in the scandal rocking the Roman Catholic Church.

The tapes, made secretly by the victim and published in two Belgian newspapers on Saturday, show the former primate of Belgium exhorting him to accept a private apology or wait one year until the bishop retired before making his case public.

Their meeting took place on April 8, at a time when the Vatican was under fire for allegedly covering up similar abuse cases by priests in other countries and shocking abuse claims dominated the news in several European states.

A spokesman for Danneels denied the once popular archbishop of Brussels wanted to cover up the case, which led to the sudden resignation of Bruges Bishop Roger Vangheluwe, 73, later that month, but the tapes show him arguing firmly for silence.

Belgian Church spokesman Jurgen Mettepenningen confirmed to Reuters that the transcripts in the Flemish dailies De Standaard and Het Nieuwsblad were genuine.

"From everything he says, it's clear that his only aim is to avoid having the case made public so many years after the facts. It is containment, nothing more," De Standaard wrote in a commentary accusing Danneels of lacking any compassion.

The Church has been hit over the past year by two detailed government reports on sexual abuse in Ireland and waves of abuse allegations in Germany, Switzerland, Austria, Belgium and the Netherlands. Five bishops have quit because of the scandals.

Church and legal documents published in the United States this spring showed how American bishops and the Vatican dealt with predator priests without informing police of their crimes.

The Belgian tapes stand out as a rare verbatim record of how a leading Catholic prelate tried to persuade the victim, a 42-year-old nephew of Vangheluwe, to keep the case quiet.

They emerged as a judicial probe into the scandal teetered on the edge of collapse after reports that a June 24 police raid on Church offices and Danneels's apartment to seize files and computers was "illegal" and the documents could not be used.

In their one-on-one meeting, the victim says he feels a duty to report the case to the Church hierarchy and asks Danneels to help. The cardinal responds by urging him not to go public.

"The bishop will resign next year, so actually it would be better for you to wait," the cardinal says. "I don't think you'd do yourself or him a favour by shouting this from the rooftops."

The man pleads for help but Danneels, 77, who had stepped down as Brussels archbishop in January, says he cannot discipline Vangheluwe or inform higher authorities, including Pope Benedict. The bishop should turn himself in, he says.

Danneels warns the victim against trying to blackmail the Church and urges him to seek forgiveness, accept a private apology from the bishop and not drag "his name through the mud."

"He has dragged my whole life through the mud, from 5 until 18 years old," says the victim, who denies he wants to blackmail anyone. "Why do you feel so sorry for him and not for me?"

In a second tape, Danneels and Vangheluwe meet the victim and one of his relatives. The bishop apologises and says he has searched for years for a way to make up for his misdeeds.

"This is unsolvable," the relative replies. "You've torn our family completely apart."

Vangheluwe resigned on April 23, admitting he had sexually abused "a boy in my entourage" about 20 years earlier. According to De Standaard, he did this after a relative of the victim emailed all Belgian bishops demanding he quit by late May.

The newspaper said the victim decided to publish the tapes to counter allegations he had tried to blackmail Vangheluwe into paying hush money.