Prosecutors gave no details about his ties to the suicide bombers who killed a total of 32 people at Brussels international airport and a metro station in the Belgian capital. 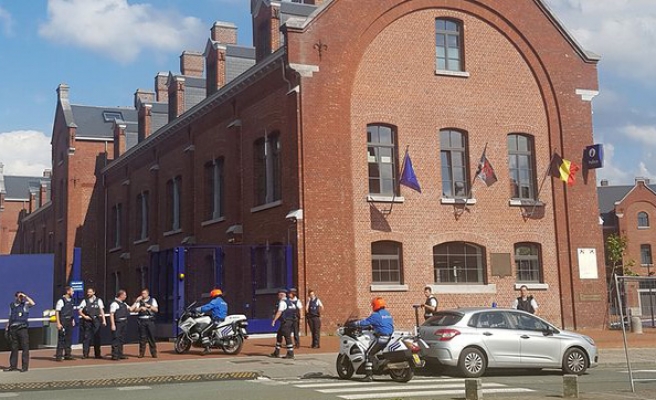 Belgian authorities have arrested and charged a man with terrorism offences over the March 2016 suicide bombings in Brussels, the latest in the ongoing case, prosecutors said Wednesday.

The 39-year-old man named as Brahim T., a Belgian national, was arrested on a warrant from an investigating judge and is due to appear in court for a pre-trial hearing in the next few days, the federal prosecutor's office said.

But the announcement comes a day after Belgian media reported that police had made around a dozen counter-terrorism raids in which four people were arrested.

One raid was reported to have targeted a shop in Brussels where materials for the bombs may have been purchased.

Nine people have previously been charged over the attacks.

Mohamed Abrini, widely known as the "Man in the Hat" from video footage of the airport attack, failed to detonate his suicide bomb and was filmed fleeing on foot back to central Brussels where he disappeared.

Osama Krayem, 24, seen with Khalid El Bakraoui at a metro station carrying huge backpacks before going their separate ways, also failed to go through with his suicide attack.

Krayem, born in Sweden to Syrian parents, apparently hid himself among fleeing refugees to return to Europe from Syria in 2015.

Both Abrini and Krayem were arrested in Brussels in early April last year.