Cameron founded the ECR group in 2009, a year before he became Britain's prime minister, after pulling his Conservatives out of the EPP grouping saying it was too federalist-minded. 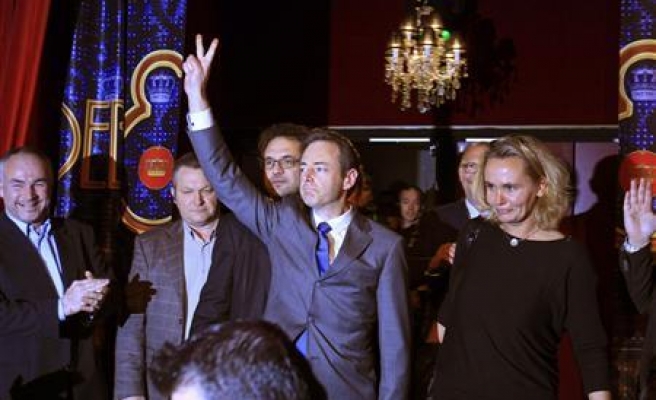 A Belgian Flemish party that wants to dissolve Belgium has decided to join the European Conservatives and Reformists (ECR) in the European Parliament, a move that will make the mildly Eurosceptical grouping the third biggest in the assembly.

The centre-right ECR backs economic market reforms and a stronger say for national governments inside the 28-nation EU. It is more sceptical on EU integration than the parliament's biggest group, the centre-right European People's Party (EPP).

"If parties within the (ECR) group take a stance with which we do not agree, we will unequivocally distance ourselves from it," the N-VA said in a statement on Thursday, adding it saw ideological overlap with the group's most prominent members.

The N-VA had previously been negotiating to join the liberal grouping in the European Parliament led by former Belgian prime minister Guy Verhofstadt, which has 67 members in the assembly.

"The voluntary euro federalism of Guy Verhofstadt and ALDE (the liberal grouping) remains tough to digest," the N-VA said. "The N-VA are European realists. We reject a European superstate but we also don't want complete negativism."

More radically Eurosceptical parties such as Britain's UK Independence Party did very well in the May EU elections.

Cameron founded the ECR group in 2009, a year before he became Britain's prime minister, after pulling his Conservatives out of the EPP grouping saying it was too federalist-minded.

Last week, the ECR voted in favour of admitting Alternative fuer Deutschland, a German party that calls for weaker member states to leave the euro currency and opposes a free trade agreement with the United States.

That decision was a setback for Cameron as it annoyed the EU's most powerful leader German Chancellor Angela Merkel, whose own ruling Christian Democrats belong to the main EPP grouping.

Cameron needs Merkel's backing to reform the EU ahead of a possible 'in-out' referendum on U.K. membership of the bloc he has promised some time after next year's British election.