Belgium has increased security after a man armed with a rifle opened fire on on Amsterdam-Paris passenger train on Friday evening. 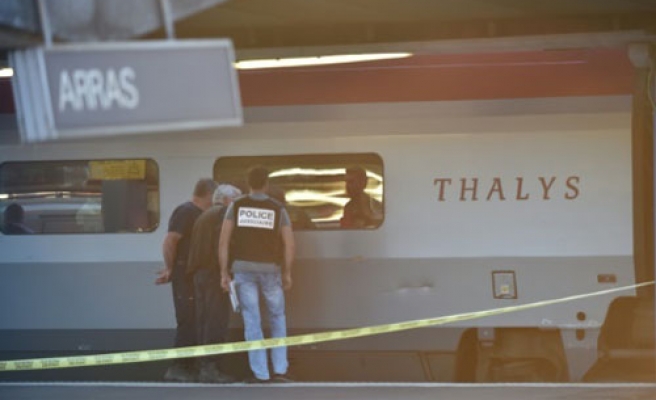 Belgium decided Saturday to step up security measures across its national railway network the day after a thwarted attack aboard an Amsterdam-Paris train by a suspected gunman.

Starting this weekend, Belgian authorities said, patrols of the high-speed Thalys rail line as well as checks and patrols at international train stations would be intensified. Baggage checks were also set to be reinforced.

Armed with a Kalashnikov assault rifle, an automatic pistol, nine cartridge clips and a box-cutter, an attacker opened fire on board a Thalys train just after it crossed from Belgium into France on Friday evening.

He was overpowered by a group of passengers, including two American servicemen, but not before he wounded two people who authorities said were expected to survive.

The bolstered security measures decided at a meeting of Belgium's national security council, which included top ministers and officials, were accompanied by a warning to police to employ "increased vigilance against suspicious behaviour."

If the suspect's identity is confirmed -- he is believed to be a 26-year-old Moroccan national -- Spanish authorities informed Belgium of his interest in the extremist milieu and its ideas. He is thought to have lived in Belgium in 2015.

The motives for the shooting were not immediately known, although French prosecutors said counter-terrorism investigators had taken over the probe.