Berlusconi says confident his govt to survive in Italy polls

Prime Minister Berlusconi said he was confident his government would survive a crucial vote in parliament due in the coming weeks. 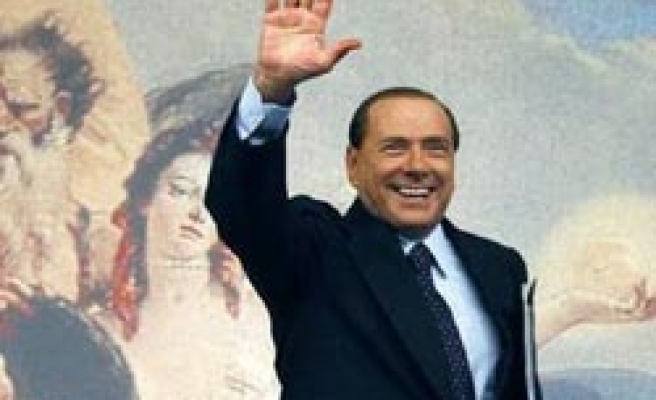 Silvio Berlusconi has tied the future of his centre-right government to a 5-point programme of measures ranging from justice reforms to help for the poor south of Italy which will be the subject of a confidence motion in parliament.

A split with his former ally Gianfranco Fini, who has the backing of 34 lower house deputies and 10 senators, means that he can no longer count on a sure majority but he said he did not believe the split would cost him the support of parliament.

"It would be unpardonable that for pure personal interests, this support should be reduced, betraying the mandate and confidence of the electors," he said in a message to supporters posted on a website of his People of Freedom party.

"If that were to happen, we would return to the voters who would know who to give their vote to. But I am sure that this will not happen."

The future of the government has been the subject of ceaseless speculation since Berlusconi's break at the end of July with Fini, the speaker of the lower house of parliament and co-founder of the People of Freedom.

Fini's allies have said they will support the government in parliament as long as it sticks to its electoral commitments but they are also well aware that they have the numbers to topple the prime minister.

Two speeches by Fini scheduled this weekend will be closely watched for indications of whether he intends to provoke a showdown after parliament resumes next week.