Borut Pahor expected to win as Slovenia returns to polls

Centre-left ex-premier Pahor, 54, had been touted to win in October, but a record low 44-percent turnout triggered a repeat vote, with 1.7 million people called back to the ballot box. 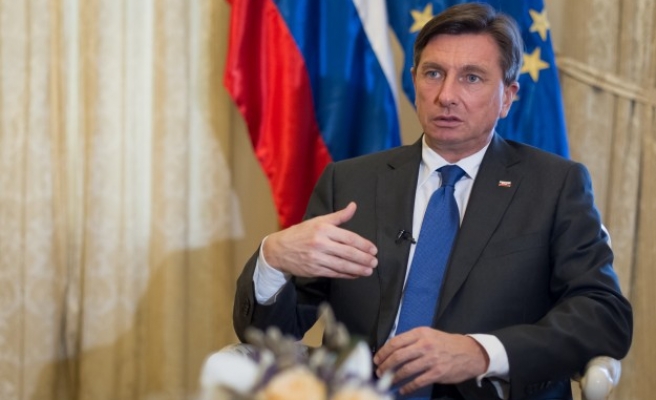 Slovenia held a run-off election Sunday, with internet-savvy President Borut Pahor widely forecast to win a second term, although a low turnout could hand victory to his rival.

Pahor, who took 47.1 percent in the first round, is up against Marjan Sarec, 39, a former comic actor and now a local mayor portraying himself as anti-establishment, who won 24.9 percent.

While analysts widely expect Pahor to win, they say low turnout Sunday could potentially deliver an upset and hand Sarec the presidency, a role that is largely ceremonial in the small EU country.

Polls published on Friday by the Dnevnik and Delo dailies put Pahor on 52-56 percent against 44-47 percent for Sarec.

"Pahor has been rather defensive in the run-off, underlining his achievements, merits and friends, which has seemed unattractive," analyst Miha Kovac said after a final televised debate on Thursday.

"That could turn against him, in particular if turnout is low," he said on state television.

Dubbed the "Instagram president" by the media, former model Pahor hiked around the country to campaign for re-election, chatting to supporters and posting photos and videos to his 40,000 Instagram fans.

However, his detractors call him "Barbie", and Slovenia's first president Milan Kucan accused Pahor of cheapening the role of head of state and using it for self-promotion.

Pahor stepped down as prime minister in 2011 after his government collapsed in the midst of the global financial crisis that drove eurozone member Slovenia close to needing a bailout.

But the following year he won a surprise victory in presidential elections as an independent backed by the Social Democrats, part of the ruling coalition of Prime Minister Miro Cerar.

Slovenia now boasts one of the EU's most impressive growth rates, with four percent growth forecast for 2018.

Partial results in the former Yugoslav republic of two million people are expected from 7pm (1800 GMT).