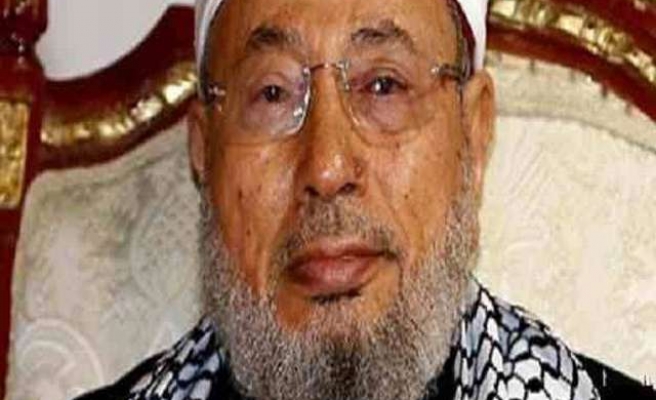 World Bulletin/News Desk
A religious body of Muslims in Bosnia-Herzegovina has condemned the recent Interpol red notice issued to a senior Doha-based Egyptian cleric.
The Islamic Community in Bosnia and Herzegovina Wednesday condemned the Interpol's notice issued to Yusuf al-Qaradawi, who heads the World Association of Muslim Scholars and is said to be closely linked with the intellectual wing of the Egyptian Muslim Brotherhood organization.

In a statement issued on the body’s official website, The Islamic Community in Bosnia and Herzegovina termed the notice “an attack on freedom of expression.”

"You may agree or disagree with Yusuf al-Qaradawi's political views. However, it is unacceptable to apply pressure on him because of his intellectual ideas or different point of view. The Islamic Community strongly condemns this action and expresses deep concern about how the Interpol is being used as a tool to restrict freedom of expression," the statement said.

The statement added that al-Qaradawi had on many occasions condemned violence and terrorism, and called for respect of human dignity and equality for all people. “The red notice is a political decision and the decision on the request is not consistent with the facts," it said.

The Interpol notice was issued Friday on behalf of Egypt's Abdel Fattah el-Sisi's regime that accused the 88-year-old cleric of being part of a conspiracy that carried out a jail break in Egypt during the 2011 revolution that ousted the Egyptian President Hosni Mubarak.

Al-Qaradawi was also charged with incitement and assistance to commit intentional murder, arson, vandalism and theft.

In comments published on his website, the cleric denied all charges and said it was absurd to accuse him of instigating a jail break while he lived abroad in Doha with a Qatari passport.