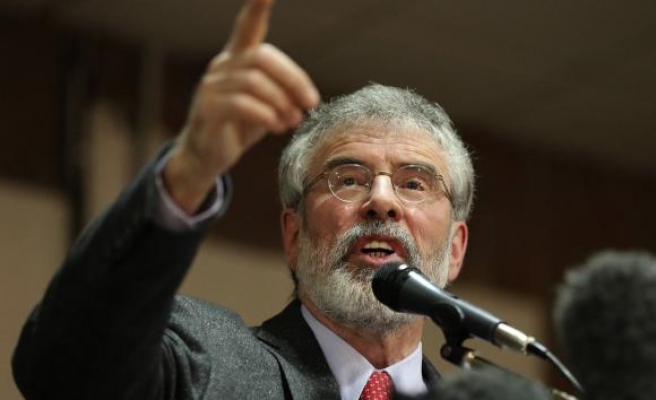 Boston College on Tuesday offered to return interviews about the Northern Ireland conflict to the former militants who provided them, after some expressed concerns about their safety or legal exposure.

Researchers at the Massachusetts university interviewed 26 IRA members and 20 members of the opposing Ulster Volunteer Force in an oral history project that ran from 2001 to 2006. All were promised confidentiality until their deaths.

Irish nationalist leader Gerry Adams said material from the archive known as the Belfast Project was used by police during his shock detention last week for questioning in the 1972 death of a mother of 10, Jean McConville.

Most of the archive remains sealed.

"If interviewees in the Belfast Project express their desire to have their interviews returned to them, Boston College will accommodate their request upon proper identification," the college said in a statement.

The school said it moved after U.S. and British authorities won a court battle last year to obtain some of the interviews. The school is no longer bound by restrictions on what it may do with the material, Boston College spokesman Jack Dunn said.

Dunn said several participants have already asked for the material to be returned. The school is moving to do so and will not keep its own copies, he said.

That agency's arrest of Adams last week was among the most high-profile political events in Northern Ireland since a 1998 peace deal ended decades of tit-for-tat killings between Irish Catholic nationalists and mostly Protestant pro-British loyalists.

On his release, the Sinn Fein leader played down suggestions his arrest could threaten the power-sharing government or undermine confidence by Irish nationalists in police neutrality.

At a rally with supporters following his release from police custody, Adams called the oral history project "an entirely dubious project" by "disgruntled, anti-peace process individuals who represent no one whatsoever."

"I welcome this move and urge the interviewees to take up this offer," Moloney said via e-mail.