Norwegian mass killer Anders Breivik is due to return to court, accusing the government of violating his human life 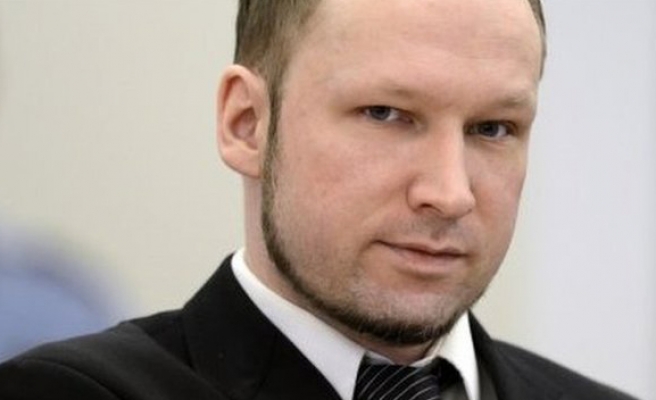 Rightwing extremist Anders Behring Breivik, who killed 77 people in Norway in 2011, will appear in court on Tuesday to accuse the Norwegian state of violating his human rights by holding him in isolation for almost five years.

The 37-year-old has sued the state for breaching two clauses of the European Convention on Human Rights, one which prohibits "inhuman or degrading treatment or punishment", and one which guarantees the right of respect for "private and family life" and "correspondence".

For security reasons the four-day court proceedings are being held behind high grey walls, in the gymnasium of the Skien prison about 130 kilometres (80 miles) southwest of Oslo, where the killer is incarcerated.

The first day will see lawyers for the two sides present their opening arguments, with Breivik then testifying for about three hours on Wednesday morning.

Since the killings, he has been held apart from the rest of the prison population and his contacts with the outside world strictly controlled.

His mail is censored by prison officials to prevent him from establishing an "extremist network", according to authorities, and his visits, which are rare, are almost exclusively with professionals behind a glass partition.

Breivik was in August 2012 handed a maximum 21-year sentence for killing eight people in a bomb attack outside a government building in Oslo and then murdering another 69 people, most of them teenagers, in a rampage at a Labour Youth camp on the island of Utoya.

His shooting spree lasted an hour and 13 minutes, as he methodically stalked and killed many of the 600 up-and-coming leaders of Labour, Norway's dominant political party, which he blamed for the rise of multiculturalism.

His prison sentence can be extended if he is still considered a danger to society.

Seen as a test of Norway's legal system, the case may reopen painful wounds for victims' families in a country that has tried hard to forget the perpetrator of the country's deadliest attacks since World War II.

Breivik "got what he wanted", Utoya survivor Viljar Hanssen tweeted on Monday.

"He is adored in extreme-right circles and can spread hate from his cell."

Breivik shot Hanssen four times, including one bullet to the head.

"Proud and happy however to live in a robust state of law that applies to everyone. It's the cornerstone of a modern democracy," he wrote.

Breivik has previously likened his prison conditions to "torture". He is suffering "clear damage" from his isolation, according to his lawyer Oystein Storrvik.

"One of his main things to do (in prison) was to study and he has stopped that now, and I feel that is a sign that isolation has been negative to his psychological health," he told AFP ahead of the proceedings.

The office of the attorney general, however, has insisted that Breivik's prison conditions are "well within the limits of what is permitted" under the Convention.

He has access to three cells -- one for living, one for studying and a third for physical exercise -- as well as a television, a computer without Internet access and a game console. He is able to prepare his own food and do his own laundry.

"There are limits to his contacts with the outside world which are of course strict... but he is not totally excluded from all contact with other people," the lawyer who will defend the state at trial, Marius Emberland, told AFP, citing Breivik's contact with penitentiary staff.

But according to public broadcaster NRK, doctors who monitor Breivik in prison are expected to testify that he is not suffering from his conditions.