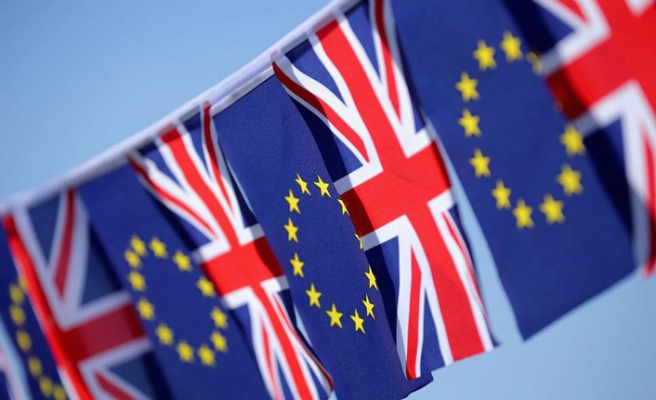 Students and young people from across the U.K. on Tuesday travelled to London to lobby their MPs in parliament to support a second referendum or, as it is popularly known, a People’s Vote.

The event was organized by the anti-Brexit and youth-led Our Future Our Choice movement and saw over 100 students and young people travel to Westminster to demonstrate and request a meeting with their MP.

The demonstration began outside the Palace of Westminster before moving on to Victoria Tower Gardens, where an anti-Brexit campaign bus with the slogan “77% of us don’t want Brexit please stand for our future” signed by MPs and citizens alike stood parked.

Addressing the gathering, Femi Oluwole, the founder of Our Future Our Choice, said: “We are about to go to the parliament and take over the lobby because what are young people demanding?” The crowd shouted back: “A people’s vote!”

Olly, a student at the University of Edinburgh in Scotland, said: “We are the future generation of this country and it is unacceptable that we will have to face the consequences of a decision made by a generation that will not be here in the next 10 to 20 years.”

“It is a decision that we had no say in and it is one that we do not support,” he added.

As well as demonstrating, the students and youth went into parliament and requested to speak to their local MPs to lobby them to support a second referendum.

Among the few MPs who agreed to speak to their young constituents was Jacob Rees-Mogg, the head of the anti-EU and right-wing European Research Group, which is currently pushing for a vote of no confidence in Prime Minister Theresa May.

“I believe that the nation have already had a people’s vote and that they have made their decision,” Rees-Mogg said when asked about a second referendum.

Other MPs who engaged with their constituents were Caroline Lucas, head of the Green Party, Nigel Dodds, head of the DUP in parliament, and Keir Starmer, the Shadow Brexit minister of the Labour Party.

A recent YouGov poll commissioned by the pro-EU Best For Britain and Hope Not Hate showed that more than 100 constituencies that voted to leave the EU have now switched to supporting to remaining in the EU. Among these constituencies are those of Rees-Mogg, former Foreign Secretary Boris Johnson, and the prime minister herself.

May finalized her Brexit withdrawal agreement on Nov. 13, but has faced mass criticism from within her party and the opposition Labour Party, with two of her Cabinet ministers resigning in protest.

The Brexit deal’s fate is unclear, as the Democratic Unionist Party, the party that May needs to get her legislation through parliament, has repeatedly stated that they will vote against her deal as will other parties within parliament.

On Sunday, the remaining 27 EU member states endorsed May’s Brexit deal and have said that this is the only deal that will work for Britain.