UK promised before vote to grant it extra powers. New law will give Scotland greater autonomy but Nationalists say it's not enough 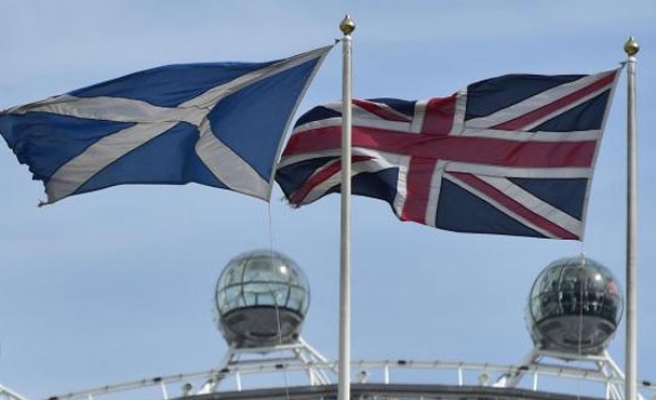 The British government began a historic transfer of powers to Scotland on Thursday, keeping a pledge it had given to persuade Scots to reject independence as renewed nationalist support surges.

The draft bill, to be enacted after a general election on May 7, will further dismantle Britain's highly centralised system of government, a move critics fear could trigger the beginning of the end of the United Kingdom.

It has already spurred demands from some politicians for similar moves in England, Wales and Northern Ireland, teeing up political uncertainty and heralding an eventual redistribution of power in the world's sixth largest economy.

Under the law, Scotland, which voted to reject full independence in a referendum in September, will be able to set income tax rates, have some influence over welfare spending, and be given the authority to decide how the Scottish parliament and other structures are elected and run.

"The leaders of the other main political parties and I promised extensive new powers for the Scottish Parliament -- a vow -- with a clear process and a clear timetable," British Prime Minister David Cameron said in a speech in the Scottish capital Edinburgh.

"And now, here we have it: new powers for Scotland, built to last, securing our united future."

Cameron, whose party is deeply unpopular in Scotland, moved to quell nationalist doubts the draft law would reach the statute book, saying the new powers were "guaranteed" whoever formed the next British government.

"The Scottish parliament will have more control of its tax and spending, making it one of the most powerful devolved parliaments in the world," he said.

The pro-independence Scottish National Party (SNP) welcomed the law's publication but complained it did not go far enough and left the British government with too much power in Scotland.

Nicola Sturgeon, the SNP leader, said she wanted "an urgent rethink" of the law to remove what she said were British government vetoes in certain policy areas.

"I welcome the draft clauses today as far as they go," she told the Scottish parliament. "But I think in some key respects there has been a significant watering down."

The SNP, which is hoping to hold the balance of power in Britain after May's UK-wide election after a surge in support despite its referendum loss, has questioned if it will really become law, despite assurances from London-based parties.

"A big issue in the (election) campaign will be making sure it's delivered, because unfortunately Scotland's been round and round here before," Steven Paterson, an SNP candidate for Stirling, told Reuters before publication.

The independence referendum, which saw Scots reject a breakaway by 55-45 percent, exposed scepticism about promises made by politicians like Cameron, something the SNP has since capitalised on, surging in opinion polls.

The new law is part of an effort by Britain's established parties to neutralise the SNP threat.

The opposition Labour party, which has relied on Scotland to give it dozens of lawmakers in the British parliament for decades, is hoping, but cannot be sure, that it will revive its own flagging fortunes in Scotland before May's election.

Scots nationalists have suggested they may push for another independence referendum if British voters choose to leave the European Union in a 2017 referendum that Cameron, a Conservative, has said he will call if he returns to office.