Britain has not had its own specialist maritime patrol aircraft since scrapping its Nimrod programme as part of a defence review in 2010. 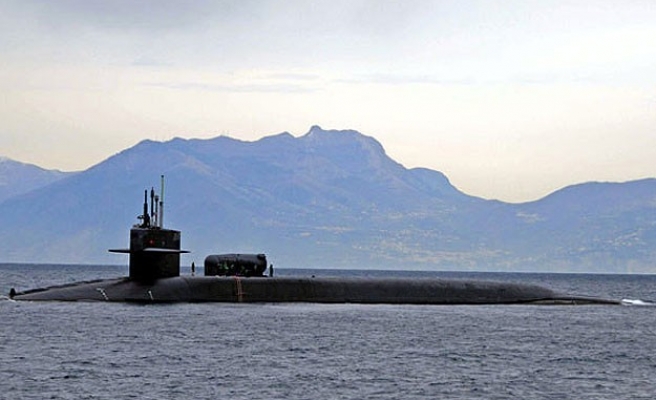 NATO patrol planes helped Britain scour the waters off its western Scottish coast after a submarine's periscope was spotted, in a search reminiscent of the Cold War, media reported.

Britain's Ministry of Defence (MoD) said it had received NATO help in an operation, but declined to go into further details.

News of the operation, first reported in Aviation Week, comes amid growing tensions between Western powers and Russia over its role in the Ukraine crisis.

A squadron of Russian warships entered the English Channel last month and Sweden said it had proof a foreign submarine was operating illegally in its waters in October.

A periscope was spotted in waters where Royal Navy submarines normally surface as they head in or out of a base at Faslane, home to Britain's nuclear deterrent, Aviation Week reported.

It said planes from France, America and Canada were involved in the search in late November and early this month.

"NATO partners have provided assistance for the operation of maritime patrol aircraft from RAF Lossiemouth for a limited period with the Royal Navy. We do not discuss the detail of maritime operations," the MoD said in a statement late on Tuesday.

Britain has not had its own specialist maritime patrol aircraft since scrapping its Nimrod programme as part of a defence review in 2010.

The MoD did not confirm the NATO planes were looking for a submarine or when the operation took place. Aviation Week said it was not clear whether the submarine being hunted had entered British territorial waters.

More than 200 troops, stealth ships and helicopters searched Baltic waters off the Swedish capital Stockholm in October after reports of foreign "underwater activity".

That operation reawakened memories of the final years of the Cold War when Sweden repeatedly hunted suspected Soviet submarines along its coast with depth charges.