Younger, an economics graduate, has been working for Britain's foreign spy agency MI6 since 1991, the year the Soviet Union collapsed, and has worked in Europe, the Middle East and Afghanistan. 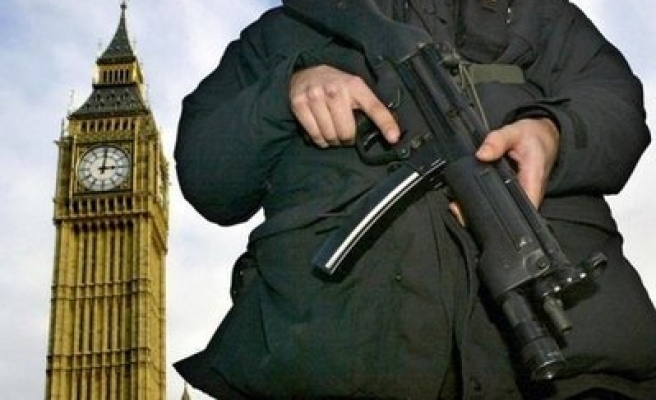 Britain has named Alex Younger, a career spy who helped lead London's counter-terrorist defence of the 2012 Olympics, as chief of its MI6 Secret Intelligence Service - Britain's most prestigious intelligence job.

An economics graduate and former soldier, Younger has worked for MI6 in Europe, the Middle East and Afghanistan since 1991, according to a short biography released by the government.

In appointing a career spy, Prime Minister David Cameron has reverted to tradition. His predecessor, diplomat John Sawers - appointed under former Prime Minister Gordon Brown in 2009 - was the first outsider in the job.

At the time of Sawers appointment, Britain was grappling with political fallout from the weapons-of-mass-destruction dossier compiled under Brown's predecessor, Tony Blair, and the subsequent invasion of Iraq. The intelligence services had come under heavy criticism for their part in that.

"His background and experience puts him in an excellent position to steer the agency through a turbulent future in international politics and security," he said.

MI6, depicted by novelists as the employer of some of the most memorable fictional spies from John le Carré's George Smiley to Ian Fleming's James Bond, operates overseas and is tasked with defending Britain and its interests.

"The work of SIS is world-class, and its operation vital to the safety and security of the United Kingdom," Foreign Secretary Philip Hammond said.

"Alex brings a wealth of relevant experience including his work in Afghanistan and helping keep the country safe during London 2012 Olympics," he said.

Sawers, who fought off demands to ease secrecy around MI6 and who steps down in November, said: "I'm delighted that my colleague and friend is taking over from me. He has played a vital part alongside me in modernising SIS."

The chief is the only member of MI6 whose name is published and the service operates in secrecy. Britain only publicly admitted its existence in 1994.

Even now, few details are released about the chief and British reporters are banned from publishing details of the families of intelligence officers.

The government biography gave few details about Younger other than that he is married with children and enjoys music, sailing and mountaineering. A photograph, released with the biography, showed a middle-aged man with brown hair.

"I am delighted and honoured to become Chief of SIS and lead one of the best intelligence agencies in the world. Our dedicated staff work tirelessly against an array of threats that this country face," Younger said.

He paid tribute to Sawers: "He brought us into a new era, and I am determined to build on this and bring my ideas for a modern Service to life."