An independent inquiry announced into letters sent to IRA suspects, after an angry response to the freeing of an Irishman accused of a 1982 bombing that killed four soldiers in London. 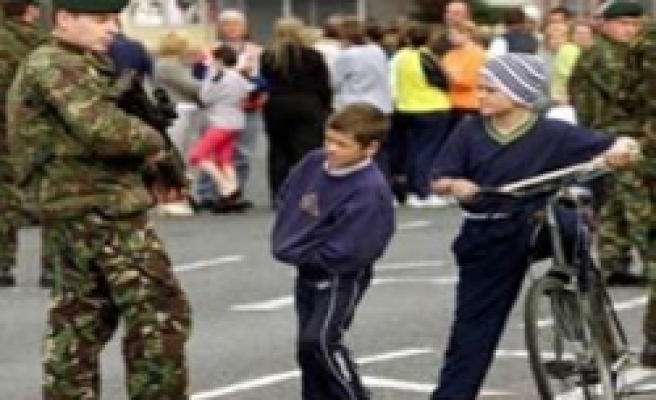 British Prime Minister David Cameron announced on Thursday an independent inquiry into letters sent to IRA suspects, after an angry response to the freeing of an Irishman accused of a 1982 bombing that killed four soldiers in London.

Cameron said it was clear that there had been a "dreadful mistake" in the case of John Downey, who walked free from a London court this month because of a letter which mistakenly told him he was longer being sought for prosecution.

Cameron said an independent judge with full access to government files and officials would lead the review and report back by the end of May.

Britain's Northern Ireland Minister Theresa Villiers said the letters, 187 of which have been sent as part of a 1998 peace deal, tell their recipients that they are no longer being sought for prosecution but do not amount to immunity from arrest.

"We will take whatever steps that are necessary to make clear ... that any letters issued cannot be relied upon to avoid questioning or prosecution for offences where information or evidence is now or later becomes available," Villiers said in a statement.

Downey, 62, from County Donegal in Ireland, was charged with murdering four members of the Royal Household Cavalry who were killed 32 years ago when a car bomb exploded in Hyde Park as they paraded towards Buckingham Palace on July 20.

The Irish Republican Army claimed responsibility for two bombings that day, one of its most devastating attacks on the British mainland during a guerrilla campaign to drive British forces out of Northern Ireland, but Downey denied the charges.

Northern Ireland's First Minister Peter Robinson, who had threatened to resign unless there was a full inquiry into the guarantees, welcomed Cameron's decision and said he would not be stepping down.

The IRA abandoned its armed struggle for an end to British control of Northern Ireland and unification with Ireland in the 1998 peace deal. More than 3,600 people died, including more than 1,000 members of the British security forces, during a sectarian conflict that began in the late 1960s.

Though now at peace, the province is still deeply divided between Protestants, who generally want to remain part of Britain and Catholics, many of whom favour unification with Ireland. Sporadic outbreaks of violence still occur.

Downey's defence argued that his trial should not go ahead because he had received a letter of assurance from the Northern Ireland Office in 2007 that he was not wanted in London in connection with the bombing.

But in fact London police had never lost interest in arresting Downey and last May they detained him at Gatwick Airport en route to Greece.

The presiding judge at the Old Bailey court ruled that the false assurance was a "catastrophic failure" that misled the defendant and ruled the trial would be an abuse of executive power.

Cameron said it was important to find out the facts.

"There was never any amnesty or guarantee of immunity for anyone and there isn't now," Cameron said. "It is right to get to the bottom of what happened."