The Foreign Office said any talks with the Iranians would be focused on the Middle East peace process, Syria, and Iran's contested nuclear programme. 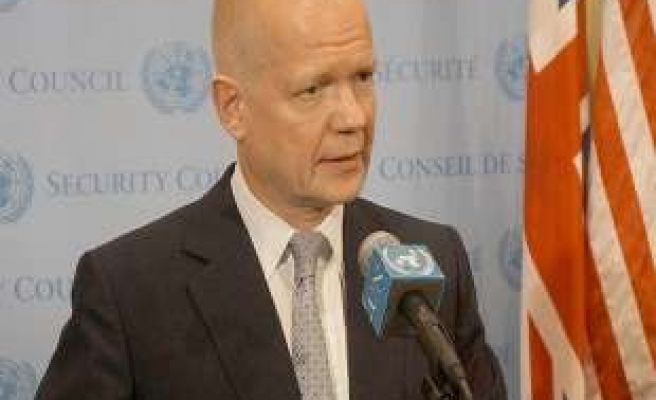 Britain said on Sunday it would be happy to set up a meeting between British Foreign Secretary William Hague and Iranian President Hassan Rouhani, but denied a suggestion from Tehran that such a meeting had already been arranged.

A tweet from Rouhani's English-language Twitter account earlier on Sunday had said such a meeting was happening on the margins of the United Nations General Assembly in New York later this month.

"Tehran has responded positively to (the) UK's request," the tweet read, saying Rouhani's meeting with Hague had been "confirmed".

A spokeswoman for the British Foreign Office said a meeting between Hague and Iranian Foreign Minister Mohammad Javad Zarif in New York had long been scheduled, but she was not aware that a meeting with Rouhani was going to happen.

Another spokesman added: "We haven't received any invitation from the Iranians to meet the president, but we wouldn't exclude it. We do view this as a positive step."

The Foreign Office said any talks with the Iranians would be focused on the Middle East peace process, Syria, and Iran's contested nuclear programme.

But while recognising that Rouhani's victory was an encouraging sign, Cameron has said relations remain strained, not least because of what he said was the state-backed ransacking by protesters of the British Embassy in 2011.