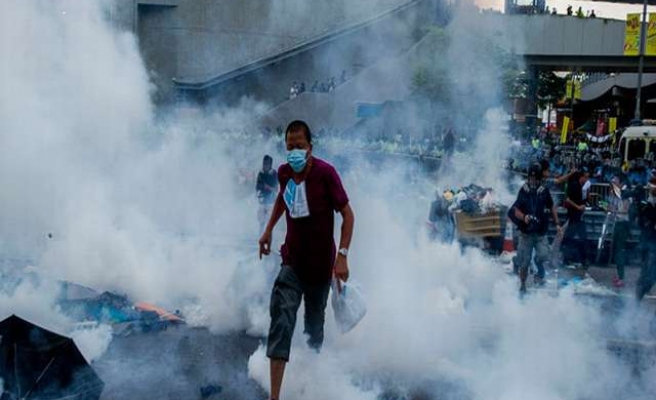 Britain said on Monday that it had decided not to block the sale of tear gas to Hong Kong, having reviewed its export policy after police there used the gas against pro-democracy protesters in September.

In a written submission to parliament on Monday, Foreign Office minister Hugo Swire said the only current licence did not breach rules and would not be revoked. Swire had said in October that a review was likely in light of the Hong Kong clashes.

"The Government has reviewed licences for tear gas exports to the Hong Kong Special Administrative Region Government ... the Government has decided it will not be revoked on the basis that it does not contravene the consolidated criteria," he said, referring to the rules used to control arms exports.

Swire said the government had not been able to verify pictures purporting to show that some of the canisters used by police in the Chinese-controlled city, a former British colony, had been manufactured by a British firm.