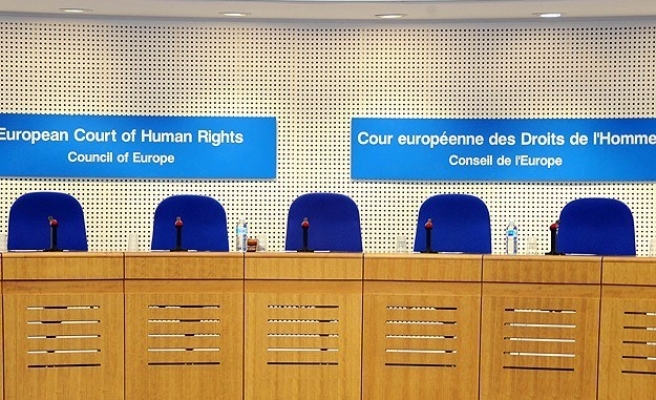 Prime Minister David Cameron's Conservative Party toughened its stance on Europe on Friday, announcing a pre-election plan to quit the European Court of Human Rights unless it agrees that Britain's parliament has the final say over its rulings.

Cameron, who is seeking to counter a growing threat from the anti-European Union UK Independence Party in May's national election, has said rulings by the European rights court had prevented Britain deporting suspected militants.

He has also criticised the Strasbourg-based court, which was set up in 1959, for insisting on human rights on the battlefields of Afghanistan and upholding the rights of prisoners to vote.

The Conservatives are trying to bolster their support ahead of a probably close election next year, and the announcement received a warm welcome from Britain's right-leaning newspapers which have been vocal critics of the court, with the Daily Mail running a front page headline: "End of human rights farce".

An opinion poll on Friday showed the Conservatives edging ahead of the centre-left opposition Labour party for the first time in more than two years. But support for UKIP stood at 14 percent, underscoring the threat it poses to both parties.

Cameron has said he wants to bring back powers to London from Europe before an in-out referendum on Britain's membership of the European Union that the Conservatives have promised if they win re-election.

Under the proposal announced on Friday, a victorious Conservative party would draw up a Bill of Rights that would set out the application of human rights law in Britain.

The proposed changes would mean the European court's rulings would no longer be binding over the Supreme Court and that Britain's parliament would have the right to veto its judgments.

"I think the people of this country believe that first of all there should not be a legal blank cheque to take human rights into areas were they have never applied before," Justice Secretary Chris Grayling told BBC radio.

"We don't think those things should be decided in a European court. We think if they are to be addressed they should be discussed in this country, in our courts and in our parliament."

If Britain could not reach such a deal, it would pull out of the human rights convention, Grayling said.

COUNCIL OF EUROPE SAYS NO OPT-OUT FOR UK

The Human Rights Act, domestic legislation which enshrines the international principles of the European Convention on Human Rights (ECHR) into British law, would be scrapped.

Britain is a founding member of the Council of Europe which was created in 1949 and whose 47 members include all EU countries and others including Russia and Turkey.

All the members have signed up to the ECHR which seeks to protect human rights, democracy and the rule of law. The European Court of Human Rights oversees implementation of the convention.

In a brief statement, the Council of Europe made clear that it would not accept a convention opt-out for Britain.

"As they stand, the proposals are not consistent with the ECHR," the three-line statement said. It also said it noted that the proposals were not yet in the form of draft legislation.

The plan by the Conservatives depends on the party winning an outright majority in May's election. Its minority coalition partners in the current government, the Liberal Democrats, are opposed to limiting the powers of the court in Britain.

Dominic Grieve, who served as Britain's attorney general under Cameron until earlier this year, said the government's case made "a number of howlers which are simply factually inaccurate", such as an assertion that the ECHR had prevented Britain from upholding whole-life prison sentences.

"I think that we are about to suffer what I would describe as a failure of ambition," Grieve told BBC radio.

"We have always been a the heart of developing human rights on the world stage. We have very high status worldwide in doing that ... and actually the paper gives the impression of a retrenchment down to a very narrow focus indeed," he said.