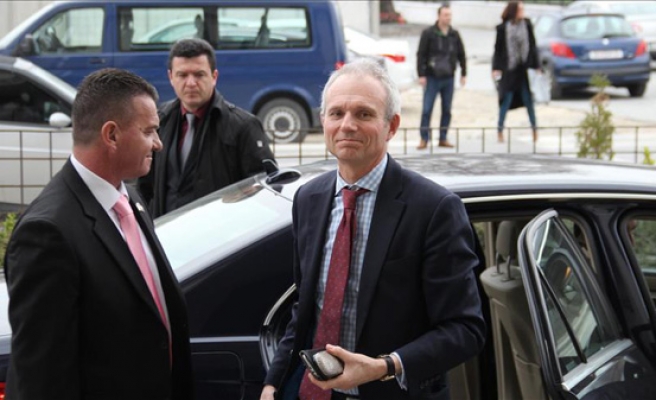 Britain has urged Armenia and Azerbaijan to show restraint after this week’s outbreak of fighting in occupied Karabakh.

Europe minister David Lidington said he was appalled by the upsurge in fighting and called on both countries to “engage constructively and intensively” to find a negotiated settlement.

Azerbaijan reclaimed land occupied by Armenia during clashes in the region on Friday and Saturday, leading to the deaths of 12 Azerbaijani soldiers.

Lidington said in a statement on Sunday: “I am appalled and highly concerned by the upsurge in fighting in the Nagorno-Karabakh conflict zone and by the resulting loss of life.

“It is essential that the sides act urgently to halt the fighting and exercise restraint subsequently.

“I call upon both Armenia and Azerbaijan to engage constructively and intensively in the search for a negotiated peaceful settlement through the Minsk Group process.”