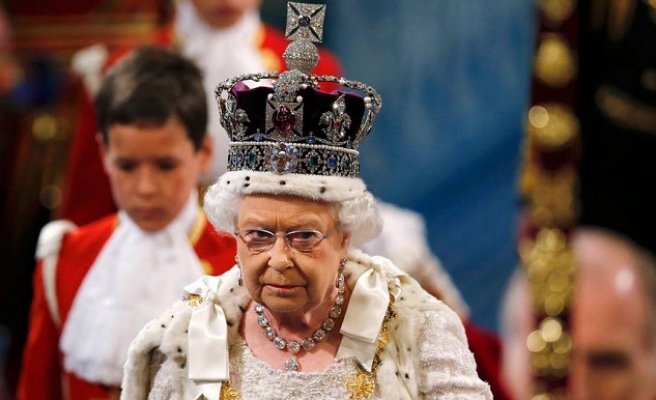 The world’s longest reigning monarch, Britain’s Queen Elizabeth II and her husband Prince Phillip are celebrating their 70th wedding anniversary on Monday.
The bells of the Westminster Abbey where the royal couple were married on Nov. 20, 1947, will ring for three hours to mark the occasion.

Queen Elizabeth became the U.K.’s head of state in 1952, aged just 25. She succeeded her father, King George VI, after his death on Feb. 6 that year.

Three new portraits of the royal couple, in which she wears a golden "Scarab" brooch -- a 1966 gift from Prince Phillip -- by photographer Matt Holyoak have been shared with the public. The Queen wears a cream dress designed by Angela Kelly.

The 91-year-old monarch has become the first British royal to reach a sapphire jubilee after 65 years on the throne.

Queen Elizabeth became the longest-serving monarch of Britain in 2015 at the age of 89 and has seen 14 prime ministers come and go, including Winston Churchill and Margaret Thatcher.

Joseph Stalin was the leader of the USSR and Harry Truman was the president of the U.S. when she ascended to the British throne.

The couple will celebrate their platinum anniversary at a private dinner in Windsor Castle.
Last Mod: 20 Kasım 2017, 12:16
Add Comment