Ahlberg had been due to receive the inaugural Booktrust Lifetime Achievement Award, presented by the Booktrust charity which promotes reading, but after learning Amazon was involved he rejected it. 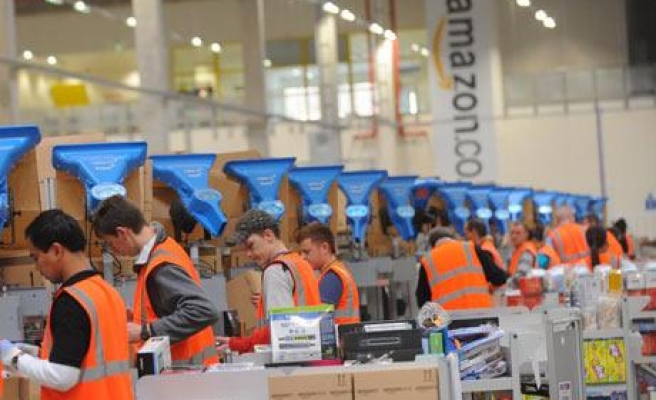 British children's author Allan Ahlberg has rejected a lifetime achievement award after finding out it was sponsored by Internet bookseller Amazon, which he said does not pay its fair share of tax in Britain.

Ahlberg, best-known for his book "The Jolly Postman", has written dozens of popular children's books, including many illustrated by his late wife Janet.

He had been due to receive the inaugural Booktrust Lifetime Achievement Award, presented by the Booktrust charity which promotes reading, but after learning Amazon was involved he rejected it.

"Tax, fairly applied to us all, is a good thing. It pays for schools, hospitals - libraries! When companies like Amazon cheat - paying 0.1 percent on billions, pretending it is earning money not in the UK, but in Luxembourg - that's a bad thing," Ahlberg said in an open letter published on Thursday on the website of The Bookseller, a business magazine for the book industry.

"We should surely, at the very least, say that it is bad and on no account give it any support or, by association, respectability," said Ahlberg, 76.

"Amazon's defence is that it is not breaking any laws, but could Booktrust not have found a more moral sponsor? The idea that my 'lifetime achievement'... should have the Amazon tag attached to it is unacceptable," Ahlberg added.

In May, Reuters reported that Amazon.com Inc had filed accounts showing a British tax bill of 10 million pounds ($17 million) despite recording $7.3 billion in sales in the United Kingdom, because the company reports most of its European profit in a tax-exempt Luxembourg partnership.

A Reuters call to Amazon's press department was not immediately returned, but Amazon told Reuters in May that it follows all the tax rules in every country where it operates.

Booktrust had been due to present the award to Gilbert last week. His decision to reject it only became known publicly with the publication of his open letter.

In an emailed statement, Booktrust CEO Viv Bird, said: "We are naturally disappointed we could not celebrate Allan's achievements and his lifetime's work, but this was his personal decision.

"Booktrust works with a wide range of partners in order to fulfill our charitable aim of bringing books to children and children to books. We are also grateful for the tremendous support we get from many eminent authors and illustrators.

"Amazon's sponsorship of the Best Book Awards, in its inaugural year, enabled us to celebrate some of the best of children's literature, create a buzz around books, and make a significant contribution to our mission of encouraging more children to read."