A former British army captain became on Monday the first known person to walk from the origin of the Amazon river to its mouth, after enduring "50,000" mosquito bites. 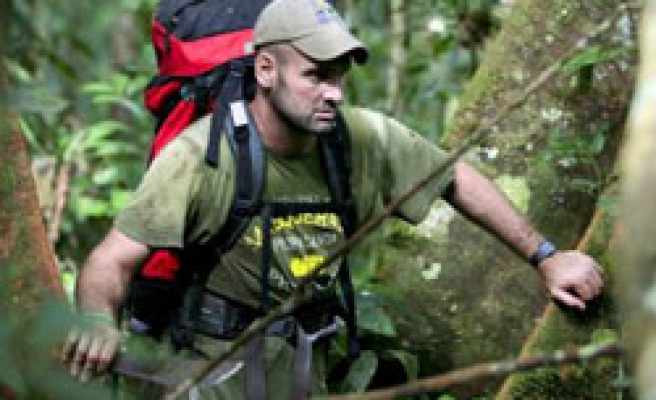 A former British army captain became on Monday the first known person to walk from the origin of the Amazon river to its mouth, after enduring "50,000" mosquito bites, attacks by hostile Indians and tropical disease in his nearly 2-1/2 year odyssey.

Ed Stafford, a 34-year-old from Leicestershire, England, dived into the Atlantic Ocean after taking 859 days to walk the length of the world's second-longest river, starting at the peak of Mount Mismi in Peru in April 2008.

"It's just phenomenal to be here at the end of the journey after 2-1/2 years slogging our way through the jungle," he told Reuters after arriving at the beach about 90 miles (150 km) northeast of the Brazilian city of Belem.

"It was really difficult to envisage how this was going to feel and I'm completely overwhelmed."

Stafford briefly collapsed from exhaustion with only 52 miles (85 km) of the 6,000-mile (9,650 km) journey to go, passing out by the roadside after breaking out in a rash.

"I feel slightly humbled that my system just decided to shut down so close to the finish," he wrote on his blog at www.walkingtheamazon.com.

Stafford has aimed to use the walk to raise awareness about the threats to the Amazon rain forest and its people, using a portable satellite video to blog about his trek.

He had planned to complete the walk in about a year, but the journey was prolonged by floods that forced him to walk a roundabout route that was 2,000 miles (3,200 km) longer than the 4,000-mile (6,400-km) length of the Amazon, which is exceeded in length only by Africa's Nile river.

He began the journey with fellow British adventurer Luke Collyer, but the pair had a falling out early in the trek and Stafford continued alone. He was joined in July 2008 by a Peruvian forestry worker, Gadiel Cho Sanchez Rivera, who pledged to walk with him for five days and has been with him on the walk ever since.

A statement from Stafford's media team said that the Briton had been: "wrongly accused of murder on two separate occasions, been imprisoned, had concrete stuffed in his mouth by hostile tribes people, been chased by Ashaninka Indians with bows and arrows, been stung by hundreds of wasps and watched as his guide 'Cho' removed a botfly from Ed's head with superglue and a tree spine."

It said he had endured "50,000" mosquito bites, lived on a diet of piranha fish, rice and beans, and dodged a variety of snakes, electric eels, scorpions, and ants, as well as contracting a skin-disfiguring disease.

Famed British explorer Sir Ranulph Fiennes was quoted as saying in the statement that Stafford's feat was "truly extraordinary."

"No one has ever done this before and the pundits considered the route impossible," he said.