Hammond, who has served as Defence Secretary since 2011, replaces William Hague, who resigned 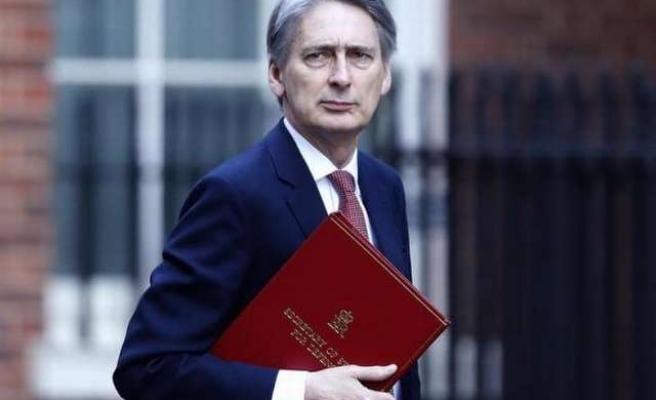 Prime Minister David Cameron appointed Philip Hammond as foreign minister on Tuesday as he reshuffles his cabinet ahead of the 2015 general election.

Hammond, who has served as Defence Secretary since 2011, replaces William Hague, who resigned late on Monday.

Cameron also appointed Michael Fallon as Defence Secretary. Fallon, who had served as Minister for Business and Enterprise and as Minister of State for Energy, replaces Philip Hammond.

Hammond and Fallon earlier this year suggested that Cameron's Conservative party should campaign for Britain to leave the European Union if a planned renegotiation of ties proved unsuccessful.

British Foreign Secretary William Hague announced his surprise resignation on Monday night ahead of a closely-fought national election next May as part of Prime Minister David Cameron's biggest ever reshuffle of top government jobs.

Hague, Britain's most senior diplomat for the past four years and a former leader of Cameron's Conservative party, said he was standing down with immediate effect to take up a more junior ministerial post.

The British leader has promised to try to reshape Britain's EU ties if re-elected next year before giving voters an EU membership referendum, something opinion polls show could be a close contest.

Cameron heaped lavish praise on Hague who is thought to have taken the decision to resign himself. Hague said he would also be stepping down as a member of Britain's parliament next May after 26 years.

Cameron, who is known to count Hague, 53, as a friend, said he wanted to pay "an enormous tribute" to the outgoing foreign secretary, saying he would remain his de facto political deputy and play an important role in helping Cameron contest the next election.

Cameron, the leader of the Conservative party, is carrying out what is expected to be a final reshuffle of top government jobs before a national election next May and is likely to announce a raft of new appointments on Tuesday.

Lagging the opposition Labour party in the opinion polls by between three and seven percentage points, he is expected to promote a raft of women to senior posts to correct a perceived gender imbalance and to dismiss several older men.

The Labour party has repeatedly criticised Cameron for what it says is his "women problem" - a relative lack of females in top cabinet jobs.

Cameron's office said in a statement the British leader had also accepted the resignation of seven ministers including Kenneth Clarke, a minister without portfolio and a veteran supporter of Britain's EU membership.

The departure of Clarke, 74, is likely to be interpreted as a sign that Cameron is becoming more Eurosceptic after his failure to stop Jean-Claude Juncker becoming the president of the European Commission, the EU's executive.

Cameron's party came a humiliating third in European elections in Britain in May and is under pressure from the anti-EU UK Independence Party (UKIP) which won those elections.

Liam Fox, a former defence minister, and a high-profile Eurosceptic is being tipped for a big job in Tuesday's reshuffle in another sign that Cameron wants to show voters and parts of his party that he is ready to take a harder line with the EU.

Cameron may also announce on Tuesday his preferred candidate for Britain's next European Commissioner amid signs he may nominate a woman from Britain's upper house of parliament for the important role.