“This isn’t a coup d’état, or a sinister plot. It would be the consequences of a catastrophe. There would be a flood of anger,” an MP said. 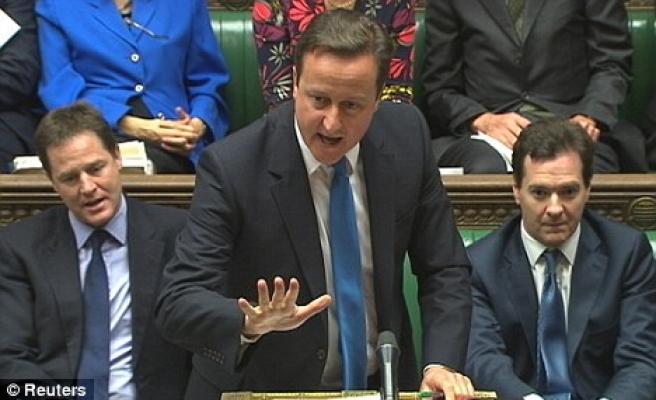 British Prime Minister David Cameron could face rebellion from his own party if he becomes known as 'the prime minisiter who lost Scotland' in the result of Scots voting for independence from the United Kingdom in a referendum on September 18.

According to The Independent newspaper, Conservative Party MPs may mobilize against the coalition government leader Cameron, despite him insisting that he would not resign if Scotland voted for independence.

One senior Tory MP told the British daily, “David Cameron will be unable to contain the anger at the humiliation. His position will be terminal,” while another former government minister said, “losing Scotland would be a traumatic event, a horror show that David Cameron could not possibly survive.”

However, the unnamed MP believed to be leading the revolt denied that opposition to the prime minister would amount into a coup.

“This isn’t a coup d’état, or a sinister plot. It would be the consequences of a catastrophe. There would be a flood of anger,” the MP said, reiterating the party's former leadership contender David Davis who last month insisted that Cameron would have to consider stepping down if Scotland separated from the UK.

With under two weeks to go till Scots hit the polling stations, the Better Together campaign maintains a narrow lead over the pro-independence camp, but following an unconvincing performance by Better Together campaign leader former Chancellor Alistair Darling in a debate against Scotland's First Minister Alex Salmond, the pro-independence camp has momentum on its side.

There are still many undecided voters who could sway the vote either way.