May flew home with Johnson overnight from New York, where they had attended the UN General Assembly, landing at dawn before holding a special cabinet meeting in Downing Street. 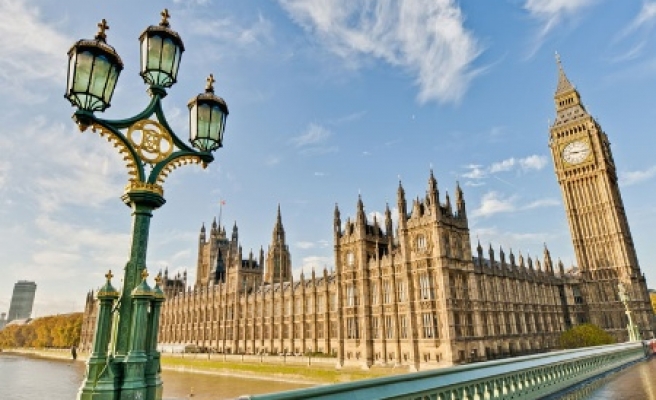 British Prime Minister Theresa May gathered her ministers Thursday on the eve of a major speech on Brexit, seeking to restore cabinet unity after a damaging intervention by Foreign Secretary Boris Johnson.

The prime minister is hoping a speech in Florence on Friday will break the deadlock in negotiations with the European Union, six months after she began the two-year countdown to Britain's withdrawal.

May will also be seeking to unite her own government, after Johnson's decision to publish his own vision of Brexit last weekend highlighted the differences between ministers.

The foreign secretary was later forced to deny reports he was considering resigning if May took a different approach, telling reporters at the UN that the cabinet was as unified as a "nest of singing birds".

A fourth round of talks with the European Commission is due to start next week, after the last session in August ended broke up without significant progress.

Brussels is hoping May will break the logjam with an offer on Britain's financial settlement, one of the most contentious issues of the talks.

The Financial Times reported that she would offer to meet Britain's contributions to the EU budget until the end of the current period in 2020 -- after Britain leaves the bloc in March 2019.

Further details are also expected on a transitional deal, between Britain's exit and the implementation of new trading arrangements with the EU.

She told British media that while Brexit negotiations were being conducted by the European Commission, the bloc's executive arm, the ultimate decision would be taken by the other 27 heads of government.

"The negotiations are structured within the EU so of course the Council (of leaders) has delegated with a mandate to the commission, and the commission has appointed Michel Barnier," she was quoted as saying.

"But the decision will always be one that will be taken by the leaders."

However, EU officials have previously warned against attempts to "divide and rule" the bloc, which has so far shown remarkable unity on the issue of Brexit.