British PM heading for Brussels for talks on future ties

May said the week ahead would be "critical" in the Brexit talks. 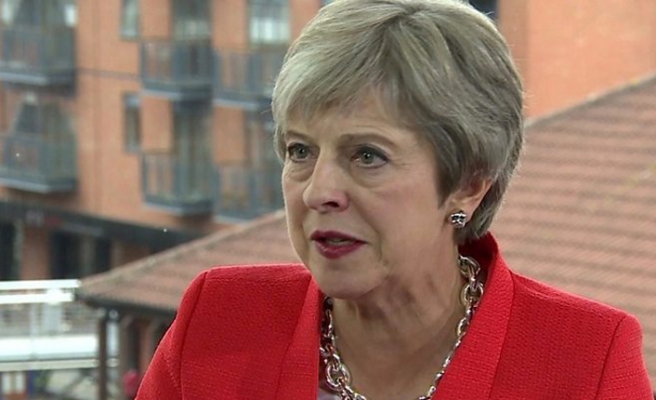 Prime Minister Theresa May said Sunday she would return to Brussels this week to hammer out Britain's future relationship with the EU -- and overthrowing her would not help negotiations.

After a tumultuous week in which the draft divorce deal agreed between London and the European Union was slammed in parliament, May said the proposed withdrawal accord would only be signed off if the future relationship deal was satisfactory.

And while hardcore Brexiteers in her centre-right Conservative Party want her replaced, she said that as things stood, they did not have the numbers to trigger a no-confidence motion.

"I will be going back to Brussels," May told Sky News television, saying she would meet European Commission chief Jean-Claude Juncker.

"The focus this week will be on the future relationship.

"We won't agree the leaving part... until we've got what we want in the future relationship, because these two go together."

That may appease some of the Brexiteers in her cabinet, who on Saturday hinted that further negotiation was needed to keep them onside.

May could face a no-confidence vote if at least 15 percent of Conservative lawmakers -- 48 MPs -- submit letters saying she has lost their support.

More than 20 have publically said they have done so.

Asked if the 48 figure had been reached, May said: "As far as I know, no it has not.

"We're not going to be distracted.

"A change of leadership at this point isn't going to make the negotiations any easier and it's not going to change the parliamentary arithmetic."

She said replacing her would bring in uncertainty, and would risk delaying the talks and postponing Britain's EU departure date, set for March 29.