Whatever the outcome of Thursday's vote, Queen Elizabeth is still likely to be Queen of Scotland, since most Scots are keen to retain her as head of state even if they vote to go it alone. 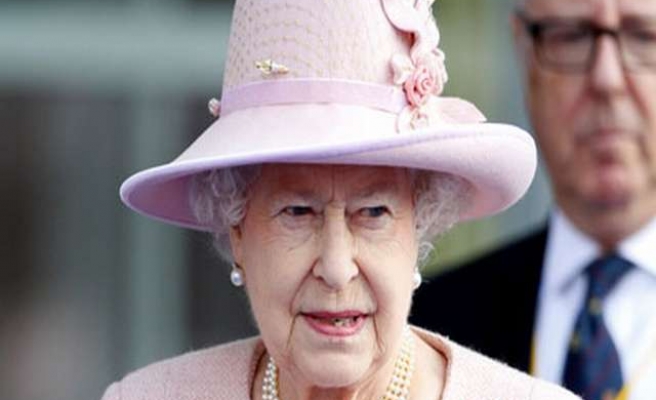 Queen Elizabeth II has broken her silence over the Scottish independence vote, telling a member of the public on Sunday that she hoped Scots would think very carefully about the future when voting in a referendum that could break up the United Kingdom.

The monarch, coming out of a morning service at a church in Crathie near her Balmoral estate in Scotland, responded to a remark from a well-wisher that they would not mention the referendum.

"I hope people will think very carefully about the future," The Times newspaper reported Elizabeth as saying.

A vote for independence on Thursday would divide the kingdom and although Elizabeth is assumed to back the union, she has been extremely careful to avoid making public comments on the referendum.

"This is totally impartial and reinforces the point that this is a matter for the people of Scotland," a source at Buckingham Palace told Reuters.

"The queen is constitutionally impartial, above politics and has always said this is a matter for the people of Scotland," the source said.

Whatever the outcome of Thursday's vote, Queen Elizabeth is still likely to be Queen of Scotland, since most Scots are keen to retain her as head of state even if they vote to go it alone.

Should Scotland vote for independence, nationalists say Elizabeth, who is 88, would remain Queen of Scotland although they give no guarantee of the monarchy's long-term future

Scotland is close to Elizabeth's heart. Her mother was Scottish and she spent much of her childhood there. Her late sister Margaret was born there.

The country is the favourite summer destination for her and her husband Philip, who leave London in August for their estate at Balmoral, often joined by other members of the royal family.

Her only official comment on the referendum came in May in a message to the General Assembly of the Church of Scotland.

"In this important year of referendum, we pray that whatever the outcome, people of faith and people of good will, will work together for the social good of Scotland," she said.

However, she gave an indication of her views on a split of her realm during a speech to mark 25 years on the throne in 1977 when she referred to referendums on devolved governments in Scotland and Wales, which were later rejected by voters.

"I number Kings and Queens of England and of Scotland, and Princes of Wales among my ancestors and so I can readily understand these aspirations. But I cannot forget that I was crowned Queen of the United Kingdom of Great Britain and Northern Ireland."