British society comes out to support family of killed Pakistani

Haroon had just started working as a mechanic and a keen boxer which made his father Tariq teach him this sport. 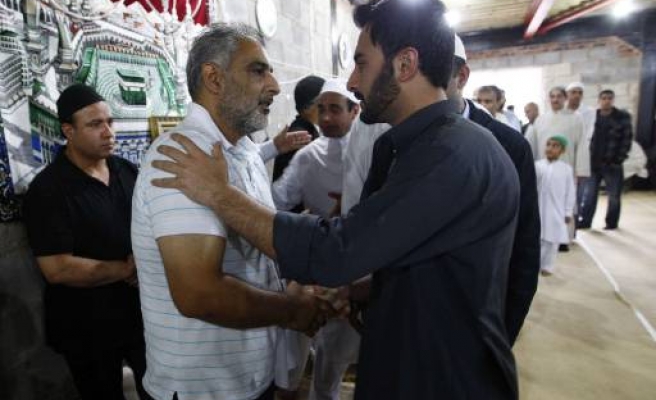 British society comes out in support of grief-stricken father of Pakistani national Haroon Jahan who was mowed down by a car during riots in Birmingham.

Apart from twenty-year-old Haroon, two of his close friends and brothers Shazad Ali (30) and Abdul Musavir (31) were mowed down in Winson Green as they tried to protect local businesses.

The pain of losing his beloved son, Tariq was emotionally charged by this grave lose of not seeing his youngest son ever.

Tariq Jahan, father of Haroon said, "I don't have heart to express for this anguish of losing son. All I can say to the public, look at your kids, people who don't understand when you lost your child, look at your son's and daughter's face for ten minutes and imagine them being killed in front of you. Then only will understand the pain I am going through."

Haroon had just started working as a mechanic and a keen boxer which made his father Tariq teach him this sport.

His youngest sister added, "We remember him..."
Prayers were held with a candlelit vigil at a petrol station forecourt - near the scene of the incident on Wednesday.

A British boy said, "He was youngest... I am missing him too much. And we will never forget him."
Another British boy added, "... It was a tragedy that he has gone."

Jahan was also seen damning the tactics police used to deal with the riots.