British spy chief will step down at year end

The British spy chief will step down at year end, foreign office said. 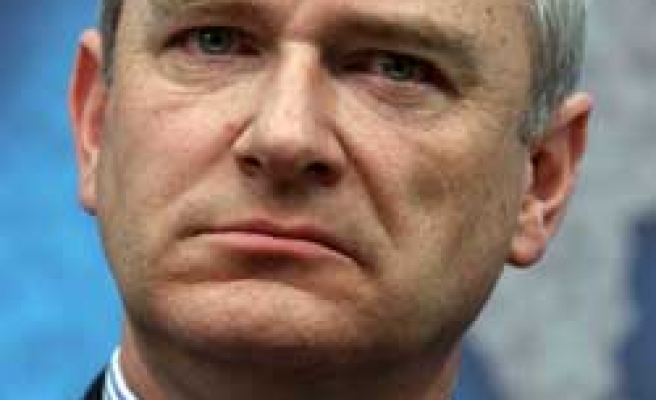 The British spy chief whose agency was accused in documents leaked by former U.S. intelligence operative Edward Snowden of playing a principal role in mass Anglo-U.S. surveillance will step down at year end, Britain's Foreign Office said on Tuesday.

The leaks detailed the close cooperation of Britain's GCHQ eavesdropping agency with the U.S. National Security Agency (NSA), and embarrassed and angered the British government and its spy chiefs.

Iain Lobban, 53, has served as GCHQ's director for six years.

"Iain Lobban is doing an outstanding job as Director GCHQ," said a spokeswoman. "Today is simply about starting the process of ensuring we have a suitable successor in place before he moves on, planned at the end of the year."

Officials said his departure had nothing to do with fallout resulting from the leaked documents.

Prime Minister David Cameron's government has so far deflected calls for changes to the way Britain's intelligence agencies are watched, saying the current oversight system is sufficiently rigorous and that much about their work must remain secret for national security.

Under pressure from the media and campaigners, Lobban and the heads of Britain's two other intelligence agencies made their first joint public appearance in November.

They complained that documents leaked by Snowden had put secret operations at risk and were being "lapped up".

He argued, however, that certain methods should remain secret, citing what he said were specific examples where the Snowden leaks had harmed national security.

GCHQ did not spend its time listening to the phone calls or reading the emails of most Britons, he said, adding that it would be illegal to do so and that the agency only acted in very specific cases.

Lobban, who joined GCHQ in 1983, was appointed its director in 2008. With more than 6,000 employees, GCHQ is based in a futuristic building outside London named the doughnut because of its shape.